Swedish Marines, Who Are They?

Swedish marines conquering the world without a shot being fired.

The "Grease Lightning" video made by Swedish marines in Afghanistan has within a few days been watched by millions around the globe. But are there really marines in Sweden? Well, sort of. I have written about them in two of my books, one of them available in English.

Strictly speaking, Sweden has no marines. But it does have amphibious soldiers belonging to the now (sadly) only 1-battalion strong Amphibious Corps. In Swedish this type of soldier is called an amfibiesoldat and we have become rather used to this expression - it came about in the year 2000 when the Amphibious Corps was created from the Coastal Artillery.

But saying "amphibious soldier" sounds a bit strange as there are already two designations in the English language for this type of soldier, i.e. marine and naval infantryman. Thus the unofficial and more practical "Swedish marines".

I have written a book explaining the history and traditions of all Nordic elite units (Elitförband i Norden) including of course the Amphibious Corps, but it is not yet available in English. However, Swedes at War, available in English since 2010, does include some spectacular Swedish marines, such as Maths Holmström, decorated with the Order of the French Legion of Honour. Another extraordinary person in our book is Kurt Björklund, who as a Swedish volunteer in No. 6 Commando, Royal Marines, stepped ashore in Normandy on June 6, 1944.

One of the largest photos in Swedes at War actually shows three Swedish marines not unlike the now world-famous dancing Swedish marines. These marines are in the chapter "Sequels and Successors" and are shown on patrol in Chad in 2008. These kind of UN/NATO/EU-missions have largely replaced the wars in which Swedes volunteered in 1914-1945.

created by Lars Gyllenhaal at 14:14 No comments:

The big Soviet war movie of 1975 - now with English subtitles.

Attention all students of the Eastern Front and Finland in WWII: there are some new sources and a new exhibition to check out.

Mosfilm has put several complete Soviet films on Youtube, some with English subtitles. Just click on the above to watch the first half of "They Fought for Their Country" a classic 1975 Soviet war film directed by Sergei Bondarchuk. The film lets you follow a Soviet platoon fighting a rearguard action during the German drive on Stalingrad. For more old Mosfilm movies just check out the official Mosfilm site on Youtube.

My colleague Bair Irincheev, the author of several books that I have reviewed, has recently opened a permanent exhibition in Vyborg (in Finnish Viipuri and in Swedish Viborg) called "Karelian Isthmus 1939-44 Wars". I have not yet been there myself but from visiting Bair´s page about the exhibition I reckon it is a must if you are in the area.

Finally, fellow tank buffs, Bair is now also the author of a book so new I have not yet received it, but it looks promising: "Tanki v Zimney voinye", which translates as "Tanks in the Winter War". Any chance it might be translated, Bair?

created by Lars Gyllenhaal at 11:42 No comments:

The Rise of the Eurasian Union

Popular clip warning Ukrainians of civil war, NATO intervention (above you see German troops) and stressing the necessity of the Eurasian Union.

Imagine it was less than a year before the launch of the European Union but almost no journalists reported about it. Does that sound impossible? Well, I would argue that we in the EU member states and the United States are now living in that kind of media situation.

The 2013 mass protests in Ukraine resulted in thousands of news reports in English and hundreds in my native Swedish. A fair number of them mentioned the background of the EU’s Eastern Partnership versus the Russian-led Customs Union. Not that many mentioned the underlying vision of the Eurasian Union and, here is my point, only very few western media reports have explained what the Eurasian Union vision is, where it comes from and how close it is to being launched, i.e. January 1, 2015. The launch was again verified by Vladimir Putin himself, as a little Christmas present.

One of the few English-language journals to have realized the importance of the rise of the Eurasian Union is European Business Review (EBR). Shortly before Christmas EBR interviewed British Liberal MEP Sir Graham Watson, who frankly told EBR:

"One of the main problems with ENP [European Neighbourhood Policy] is Russia, and how we deal with the rise of the Eurasian Union, which has become the elephant in the room. We need to be cannier in how we respond to Russia's overtures to our Eastern neigbours which are likely to be in full gear from the Sochi Olympics up to the launch of Eurasian Union in January 2015."

Former German Foreign Minister and Vice Chancellor Joschka Fischer on December 31 commented under the headline "Europe’s Ukrainian Blunder" in a most undiplomatic manner, seeing threats to "post-Soviet order in Europe" and "a lot of violence".

That is what I call being frank.

Still, no big debate in "normal" media about the conflicting visions and projects of the EU and the Russian-led Eurasian Union.

Well, today at least a leading political risk consultancy, the Eurasia Group, published some sound conclusions about Russia in its "Top Risks 2014" guide. I especially agree with "The implications of an all-powerful leader with a shrinking support base and a flair for the unpredictable are worrisome". The following I do not agree with: "Policy has already become more erratic and lacking in strategic vision". But that doesn´t at all change how valid I find this later recommendation: "Look for brash geopolitical behavior from Russia in 2014".

BTW, if you haven´t yet read the article "Can a China-Russia Axis Bankrupt the US?", just do it...

Finally, two of the most important Youtube clips from 2013 regarding the Eurasian Union, the first one (promoting the union as the only viable solution) both in Russian and with a voice-over in English (the clips are the same although the first images differ). The last clip, "Euromaidan Anthem", has subtitles in English and features some of the strongest images from Ukraine last year:


created by Lars Gyllenhaal at 22:17 No comments: 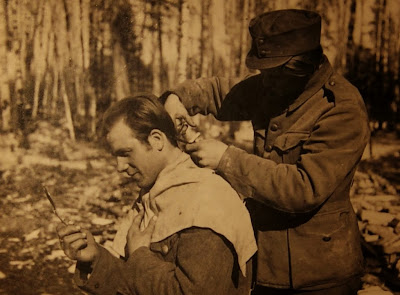 Thank you for letting me ask those questions and rest in peace! To any family members of John Gustafsson reading this, my condolences to you.
created by Lars Gyllenhaal at 20:29 1 comment: