"She was not just difficult with the Gestapo" 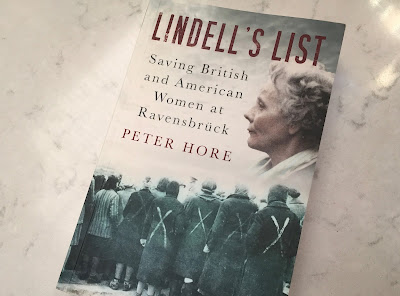 Never before have I read such a rich, moving but also critical portrait of a WWII heroine. Lindell´s List delivers more than the title and subtitle promise.

A large part of the book deals with the escape and evasion organization for Allied airmen in France that the very British Mary Lindell founded and led. Looking only at this part there are several strong scenes that should inspire not least filmmakers. Let me immediately say that I am aware of the 1991 movie "One Against the Wind" based on Mary Lindell´s WWII experiences. But even though I have yet to see it I feel certain that modern filmmakers should take a close look at Peter Hore´s book Lindell´s List.

Having gone through the First World War in France as a Red Cross nurse, Mary Lindell in 1940 decided to resist the German occupiers in France long before there was any large resistance movement. Her immediate and stubborn will to resist against the odds is, the reader soon understands, a consequence of her strong, controversial, character. Few books I have read have made me sense a person´s character as much as this one. It is clear that she could stand her ground as few others. Perhaps her brother summed her up best: "She was not just difficult with the Gestapo, she was difficult with everyone!"

Lindell´s focus was always on the war task at hand, often a supremely difficult or dangerous task that no one had given her, but that she still saw as something she herself had to solve. Not seldom her own children had to pay a hefty price for her decisions. To quote her son Maurice: "She wasn't´t a mother anymore; she was an officer doing a job which she considered was to be done."

This tremendous devotion to duty led to Lindell´s death, or so it seemed. When her death certificate was about to be signed she came back from the dead, and more resistance work.

One might think that in a book like this the Germans are mostly minor, evil types. But several Germans come across as friendly and some truly helpful. The half-English SS-Obersturmführer Percival Treite is very much part of Lindell´s List, and one of the book´s most puzzling figures.

The women on Lindell´s secret Ravensbrück concentration camp list were taken to freedom and, eventually, health in Sweden by hastily painted Swedish Red Cross buses driven by Swedish Army soldiers. The Swedes part of this book, not least in the "Tuesday Club" (Tisdagsklubben) make it required reading for those with a special interest in Sweden during WWII. But Lindell´s List ought to be appreciated by anyone with an interest in occupied France and resistance work.

created by Lars Gyllenhaal at 15:06