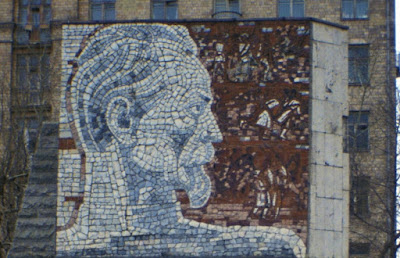 OK, you have watched the TV series ”The Americans” and are curious about the reality behind the story. Well, I have a suggestion – read the book that shows, again, that fact beats fiction.

My view of ”The Americans” in a nutshell: an entertaining drama series with some really good actors, but also rather far from the very real Soviet agents masquerading as non-Soviet citizens in the West under assumed or created identities, also known as ”illegals”. While the basic idea of the TV series, of two Soviet KGB officers posing as an American married couple living in the suburbs with their children, is factual enough, most of the action in the series is pure fiction. The KGB did not plant agents in other countries to have them shoot people just about every working week. Sure, KGB agents did kill folks abroad, but only rarely, and only very rarely by using their very expensive illegals. So, like the TV series ”Manhattan”, too many important scenes in ”The Americans” simply did not happen in real life.

Also, ”The Americans” has some flaws in the way things look. Sure, the people who have procured the 1970´s and 80´s clothes, music and cars for the series have – I think – done a good job. I reckon that few recent TV series have gotten the look of the eighties as right as ”The Americans”. However, the 1980´s Soviet Embassy in Washington hardly was decorated with those really old Soviet propaganda posters. Then there are the KGB uniform mistakes in the episode ”Covert War” (season 1 episode 11). And the name Zhukov. OK, not an uncommon Soviet (Russian) name. But considering Georgy Zhukov, the Red Army´s WWII top military commander, couldn´t they have come up with another name?

Now, if you are keen to get to know the reality behind ”The Americans” I can recommend the real story of Jack Barsky, ”Deep Undercover”. Barsky was born in the GDR, better known as East Germany, in 1949 as Albrecht Dittrich. While his life and autobiography does not have the action of ”The Americans” it is still an exciting read. It is also a deeply personal and amazing story, that really should please not just espionage buffs.

”Deep Undercover” provides testimony about the preparations and purpose of the Soviet illegals after Stalin´s death. To summarize Barsky´s purpose: to become succesful and enter into the highest American circles and be ”…a rich undercover revolutionary in the United States” (quote from the book). Why all this effort then? Well, to ultimately influence US policy and promote revolutionary change in the West. But aside from this long range aim Barsky also gets to do some more immediate, practical tasks in the US.

The main objective of subversion explains Barsky´s interest in e.g. secessionist initiatives in Canada and a search for radical political leaning in the West. Left or right – equally interesting. Main thing to fan those flames, hasten revolution.

As I mentioned, Albrecht Dittrich/Jack Barsky was originally not a Soviet citizen but an East German one. Being Swedish, I think this makes him a bit extra interesting, as the KGB "outsourced" part of its work with Swedes to East Germans. For example, the more than twenty Swedish volunteers in Soviet special operation forces (spetsnaz and the ”Bernhard” sabotage group) were led by two Germans who both became top leaders within the KGB´s East German version, the Stasi (I have written about these Swedes and Germans in two books). Now, Barsky had no KGB tasks in Sweden, he only used Stockholm as an east-west transportation hub, but his relationship to the KGB provides insights into the larger KGB-GDR system.

A key term in Barsky´s book is value system. When the very expensively trained subversion agent´s own value system changes, everything changes. In this lies a huge lesson for the future. Actually, this makes the book a story of so much more than one KGB spy.

created by Lars Gyllenhaal at 22:04 No comments: