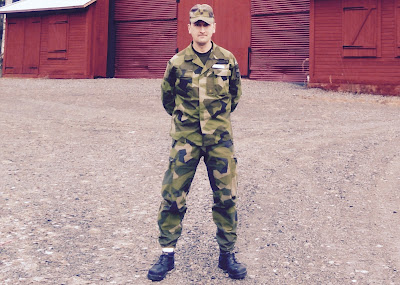 Being a history freak I would say that NCU will not be the first Nordic uniform, as due to the Soviet Winter War against Finland in 1939-40, the Swedish Volunteer Corps (SFK) issued one uniform system to both Swedish and Norwegian volunteers for Finland. This system was essentially the Swedish m/39. The main difference was the buttons, that were not Swedish Army issue.
created by Lars Gyllenhaal at 10:13 No comments: