Hm, how is it possible that the 30th anniversary of "Blade Runner" seems to go unnoticed? As I wrote some weeks ago, on March 9 it will be exactly 30 years since the principal photography for BR started.

If anyone part of the production reads this, please comment about how you feel about the significance of BR now, 30 years on.

BTW I today came to think of a link between the coming Nazinaut movie "Iron Sky" and "Blade Runner". Both take place in 2018. But surely, someone must have realized this before me, like years ago. I reckon its some kind of tribute to Scott from the people behind "Iron Sky".
created by Lars Gyllenhaal at 18:44 No comments:

Email ThisBlogThis!Share to TwitterShare to FacebookShare to Pinterest
Labels: movies 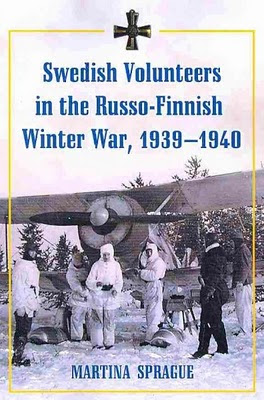 Just recently got this interesting new book about Swedes at war in Finland 1939-40 written by Martina Sprague. Hope to be able to read it in March and then review it here.
created by Lars Gyllenhaal at 15:55 No comments:

"The Battle for Arctic Europe"

A couple of years ago I was notified that a Polish publishing house wanted to translate Slaget om Nordkalotten which translates as "The Battle for Arctic Europe". I just learnt it will be out in the shops in Poland on Tuesday.

Here is the cover of the Polish translation: 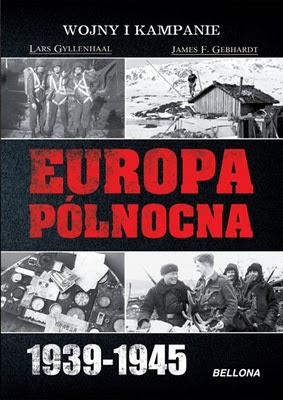 The cover photos feature: OSS NORSO paratroopers bound for Norway; a OSS "Sepals" base in Sweden; the interior of a British Hurricane found on the Russian Kola Peninsula and Soviet soldiers together with a RAF pilot from New Zealand, also on Kola.

I wrote this book together with James F. Gebhardt in the 1990s. It was published the first time in 1999 by Historiska Media. It has sold something like 40,000 copies all editions included.

I learnt about the intention of the Polish company Bellona to publish our book. But this was something like two years ago. Poland was hit badly by the global financial crisis and virtually all publishing plans in Poland were affected, i.e. put on hold or terminated. There was a deal but nothing happened, and I started thinking there would be no Polish version.

Well, it was a pleasure to today learn that after all it will be available in Polish, starting on Tuesday, February 8, 2011.

The title Europa Pólnocna 1939-1945 means "Northern Europe 1939-1945". This may seem a bit strange but it is evidently published in a series called "Wars and Campaigns" and I reckon each book will cover one geographical area. The book is focused on WWII above the Arctic Circle, i.e. in Arctic Europe, but as the book at least gives a rough idea of the fighting also in southern Norway and Finland I suppose the Polish title is OK.

Here is the Polish publisher´s page about the book.

There is more about Poland and Poles in Swedes at War, not least about the amazing Swedish-born Polish Habsburg Princess who became a Polish partisan in early 1940. So I hope that book too will eventually appear in Polish.
created by Lars Gyllenhaal at 21:36 2 comments:

Ukrainian authorities have just announced that "Wehrwolf", Hitler´s most eastern headquarters, is to be adapted for more tourism.

I understand that the Red Army already during the war "permanently" sealed the underground parts of Wehrwolf complex. Will these parts too be opened, I wonder? Is there just concrete down there or could there be some history worth seeing?

The fascination with werewolves in the Third Reich is definately an intriguing subject. I recently wrote a chapter on the subject of Wehrwolfs in the Arctic. To be precise: in the area where Norway, Sweden and Finland converge. A friend in the Swedish police located two detailed Swedish police reports from 1945 on the subject. Thanks to above all a British friend in Arctic Norway I was able to find the truth, I believe, behind these reports. This chapter is in a manuscript I am still working on.

BTW I stumbled upon a genuine German advertisement for a vacuum cleaner called "Vampyr". It was in a German newspaper published in Sweden.
created by Lars Gyllenhaal at 11:46 No comments: