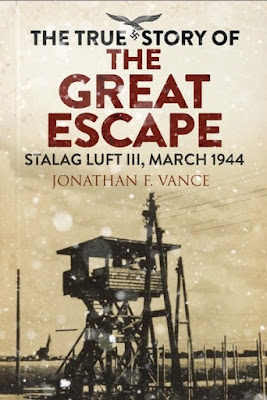 This new book about the 1944 prison break by 76 men has some wonderful details.

You perhaps remember from the classic 1963 movie "The Great Escape" (with Steve McQueen) how only three escapees made it to safety - meaning Sweden in two cases. There is now a terrific new book about this most famous escape, with some more Nordic detail.

75 years ago, in March 1944, 76 prisoners of war from different Allied units crawled their way to freedom. The 77th man was spotted by one of the German camp guards. The True Story of the Great Escape by Jonathan F. Vance is a must for people like me, who have always appreciated books about escapes. It is also clear how this book is the result of a lifelong personal interest, and I just love how it starts with the author´s childhood memories of learning about the great escape, contacting veterans and their kind responses to him, a stranger. I have the same experience – all but two or three of the WWII veterans I have contacted over the years have been very helpful and a privilege to get to know.

Going back to the film that has inspired both Mr. Vance and myself, the escape of “Danny” and “Willie” in the movie is based on two Norwegians who escaped by boat to Sweden. Their real names were Per Bergsland and Jens Müller and they were both Norwegian pilots. Now, being Swedish and partly Norwegian, I thought that the final leg of their indeed perfect escape could have been shown some more in the film. Well, I am grateful that the new book has informed me about many nice little escapee details from both the war years and afterwards, and one piece of postwar info about Per Bergsland I feel obliged to share here. Bergsland ended his flight career by becoming CEO of the Norwegian airline Widerøe, the largest regional airline operating in the Nordic countries. So, if you ever fly with Widerøe you can ponder how your flight is connected to one of the best escapees ever.

Read this book both for inspiration and the reading pleasure. The full title of the new book is: The True Story of the Great Escape: Stalag Luft III, March 1944.
created by Lars Gyllenhaal at 12:16 No comments: 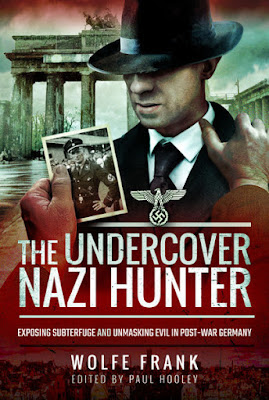 A large part of the book, almost a hundred pages, deals with the testimony of SS General Waldemar Wappenhans. This amount of pages is warranted. Wappenhans was told by SS leader Heinrich Himmler that he was to take charge of the "British Legion" within the Waffen-SS. In other words the British Free Corps of the Waffen-SS originally known as the Legion of Saint George. Now, very little became of those ideas, but this book does provides some amazing pieces of the fantasy world of Himmler. The main value of the book´s large section about Wappenhans lies in something else - he managed to serve both in the German army, Luftwaffe and SS. His pilot experiences from 1918, flying against Lawrence of Arabia, are sure to interest WWI researchers and buffs. His account of fighting Soviet partisans is another highly interesting passage, although it quite surely lacks several darker aspects of these actions. While the chapters about Wolfe Frank were in some cases too long, the parts about Waldemar Wappenhans could have been longer.
created by Lars Gyllenhaal at 22:33 No comments: 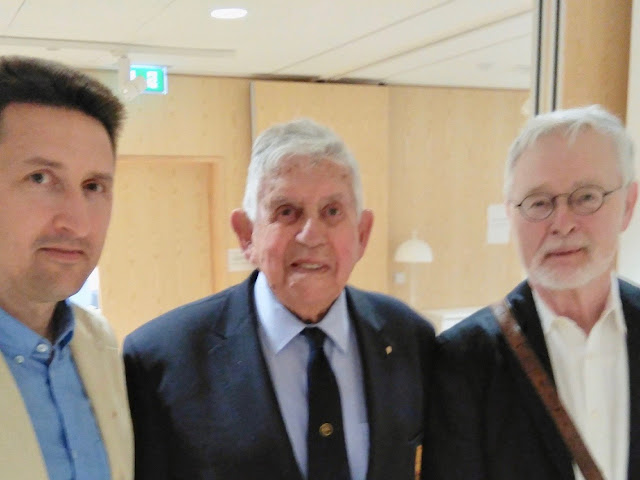 LRDG & SAS veteran Jack Mann with the authors at the book launch in London.

There are Long Range Desert Group (LRDG) enthusiasts all over the world, but only a handful have driven in the tracks of the LRDG in WWII Jeeps to find what remains of the legendary unit in modern Egypt. Having taken part in the "2,300-mile Sahara epic", my friend Karl-Gunnar Norén decided to write a book with LRDG history highlights, original LRDG training notes and his own Jeep experiences.

Karl-Gunnar had been to several deserts, not least in Libya, but to experience something of the original environment and challenges of the LRDG he needed to find fellow enthusiasts. This he did by joining the LRDG research expedition of Toby Savage, that consisted of two 1943 made Jeeps and a team of true LRDG enthusiasts from the UK and US supported by Egyptian travel & security professionals. One of the results is the wonderful photograph on the front cover of our book, taken by John Carroll. That´s Karl-Gunnar behind the LRDG Ford. To his own desert experiences he added LRDG training notes and photographs from the archive of LRDG founder Ralph Bagnold within the Churchill Archives Centre in Cambridge.

By inviting me to join his LRDG book project, Karl-Gunnar could add one more ingredient to the historic chapters, the story of William "Swede" Anderson of the LRDG G Patrol. I had the good fortune to be introduced to "Swede" in 1988 by the always helpful LRDG Association Secretary James D. Patch (whom I probably found thanks to the journal After the Battle - at any rate that journal´s LRDG issue played a key part in this whole project). I wrote to Bill "Swede" Anderson and received several letters in reply. Some he wrote himself, some his wife Pat wrote for him due to his health. 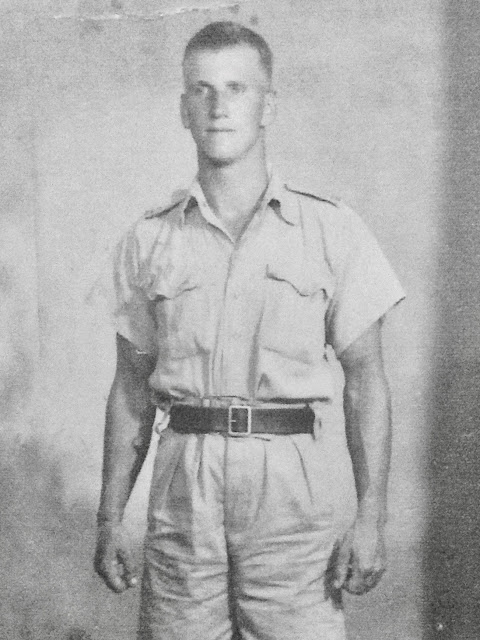 In the 1980s I was not able to realize my dream to travel to North Africa in a Jeep and then write a book about the LRDG. But the mail from Bill Anderson did have a profound effect on me. While he had never been a Swedish citizen and was actually of Swedish-Norwegian descent, the fact that he had been known as "Swede" within the LRDG inspired me to find out how many Swedes (mainly Swedish citizens) served in various armies during WWII, a search that has so far resulted in several books in Swedish and one in English (Swedes at War with Lennart Westberg).

And in the end, thanks to Karl-Gunnar and two publishers, Lind & Co in Sweden and Helion & Company in England, my now rather old book idea has finally been realized. With some help from e.g. Jack Valenti of the LRDG Preservation Society and the family of William Anderson, some more photographs could be added to the English edition of our book, that we were able to release at the Swedish Embassy in London on May 24. We were delighted that several relatives of Bill Anderson could attend together with a very much alive LRDG and SAS veteran, Jack Mann. The best operators are not only warriors but can also talk their way out of prison. Which is exactly what Jack Mann did. You can read about Jack in the brilliant Churchill´s Secret Warriors by Damien Lewis, but meeting him in person is of course extraordinary. After just a few words from him, some in very good Swedish, it became clear why Jack Mann is still a winner. His willpower and charm are intact. 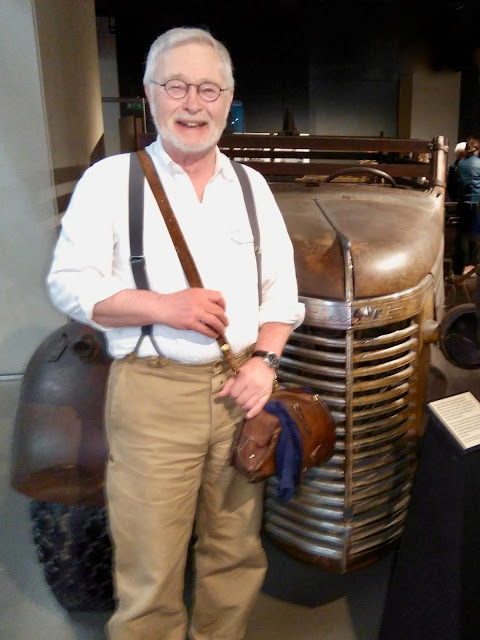 We also revisited our Egyptian "star", the LRDG Chevrolet at IWM London.

A close relative of LRDG founder Ralph Bagnold was also present, and we will never ever forget the special gift we received from you sir! We were also pleasantly surprised that a man who has long inspired us could attend the book launch, After the Battle Editor-in-Chief Winston G. Ramsey. We are also indebted to Peter Jörgensen, Colonel Per Jenvald, Nigel Hirst, John Gilmour and Mikael Norman. We hereby thank all who attended the launch and look forward to meeting you again in London, Stockholm, Cairo or up here in Swedish Lapland.

Finally, a huge thank you to all the staff at our UK publisher, Helion & Company.