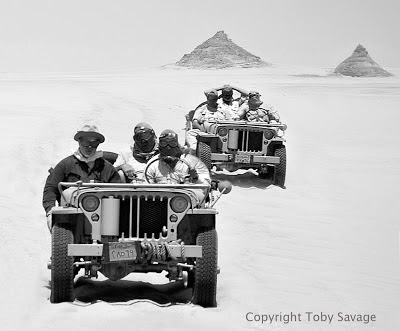 Today the first book in Swedish about the Long Range Desert Group (LRDG) will be officially released by Fischer & Co in Stockholm. I am now very much looking forward to soon meeting and celebrating with my co-author and others who made the book possible.

Ghost Patrol, as the title translates, is also the first book about WWII in Africa that I have written, partially that is. Karl-Gunnar Norén is the main author and has lots of African experience and has already written several books about Africa. The above photo by Toby Savage was taken during his and Karl-Gunnar´s "2300-mile Sahara epic". To see more photos by Toby, visit his website.

Karl-Gunnar has done what no Swede has done before, reenacted a LRDG patrol where they actually took place, in a 1943 vintage jeep, LRDG style. The book is both about the LRDG story and what it was like for Karl-Gunnar, incidentally born also in 1943, to drive in their tracks. As for me, I have only visited the former LRDG HQ in Cairo.

Ghost Patrol is dedicated to Toby Savage and LRDG veteran Bill "Swede" Anderson. The latter is very much the reason for my interest in the unit.

The recent BBC report that Japanese Ninjas are soon only history need not cause alarm. Norwegian Ninjas lead the way!

"Norwegian Ninja" is a Norwegian action comedy about the classic Cold War.

Time to face the music, move over Japan!

created by Lars Gyllenhaal at 21:17 2 comments: 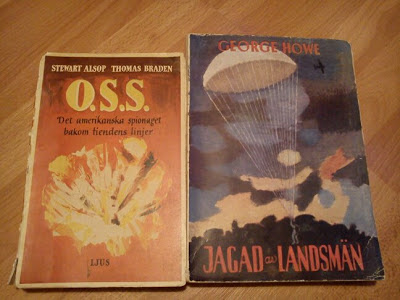 The first two books in Swedish about the OSS.

The Office of Strategic Services (OSS) is an amazing subject as it was both a classic spy agency and a military special operations outfit. It worked in places where no other US forces operated, like Swedish Lapland. Want to know more about the OSS? I have some tips.

The news that remains of the OSS base Sepals Gorgon have been located in Swedish Lapland has generated a fair amount of attention. One of Sweden's most popular radio stations interviewed me about the find and I know there will be some more media attention soon.

So, where do you go if you want to know more? Well, the first stop I suggest is Roger Albrigtsen's website about the OSS Sepals bases. If you read Scandinavian you might then read his books in Swedish or Norwegian and my books in Swedish that partly deal with the subject. But what about other OSS operations? In that case I warmly recommend starting with a novel, Call It Treason by the former OSS officer George Howe, first published in 1949. It is best in the original language, English, but the Swedish translation Jagad av landsmän (1950) is not that bad, if you can find it (see the cover above).

Although it is a novel, Call It Treason, is filled with facts and simply an amazing read. It does not pretend to be about the whole OSS, rather it focuses on the most startling OSS missions, with German non-Jewish OSS volunteers parachuted into Germany to spy for the OSS with forged papers but wearing their old uniforms or other German uniforms. The novel also gives a good idea of the period image of the Waffen-SS special operations specialist Otto Skorzeny.

In modern language, Call It Treason is about special operations focused on extreme tactical Human Intelligence (HUMINT). I will return to the movie made from it in a special post. I saw it for the first time just the other week.

For a purely factual book about these OSS missions, read Piercing the Reich (1979) by Joseph E. Persico. Not very new but I reckon it still is a good source about the German operations.

Well, if you then want to move on to reading about the whole OSS there are many modern books to choose from. But you might start with a really old one, I reckon the very first one: Sub Rosa (1946) by Stuart Alsop and Thomas Braden. Why such an old book? Well, it has a lot of atmosphere and was written very close to the events. In Swedish (see above photo) it was published in 1947, as O.S.S. Det amerikanska spionaget bakom fiendens linjer.

Finally, returning to Otto Skorzeny, he made a lasting impression on the US Armed Forces during the Battle of the Bulge. It is my great pleasure to here announce that a friend and fellow Swede is soon releasing a book about that battle, that I gather will have a fresh perspective and present new facts. In fact, I believe it will even bust some myths. He is well-known among aviation buffs for his superb books (written with other specialists) in the series Black Cross Red Star. His name, Christer Bergström and here he presents his coming book in Swedish. Since Black Cross Red Star is in English I hope that his coming book will be translated. 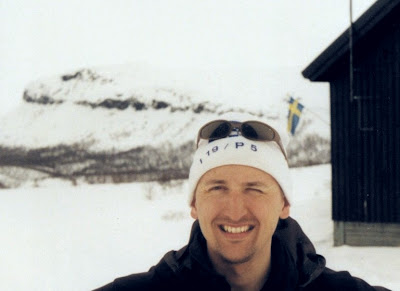 created by Lars Gyllenhaal at 12:40 No comments: 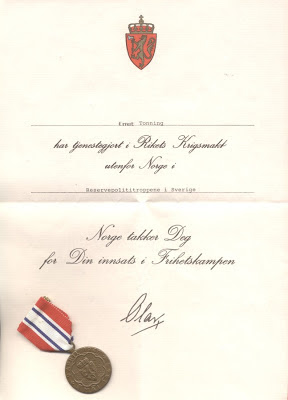 created by Lars Gyllenhaal at 15:23 No comments: