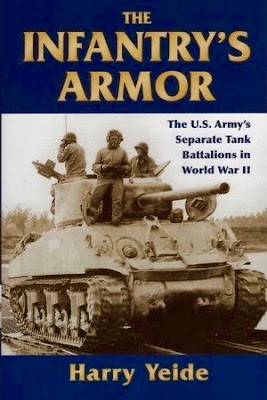 created by Lars Gyllenhaal at 09:44 2 comments: 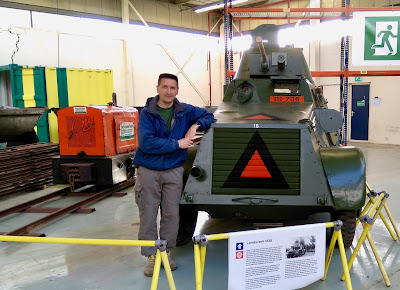 For years I have been wanting to see the Swedish Landsverk M38 armoured car that is being restored privately in the Netherlands. The Landsverks of the Dutch cavalry took part in the fighting against the invading Germans in 1940. This summer my dream came true - plus we got a major surprise on the same trip, from Tim Leatherman himself.

We went to the Netherlands this summer, not least to later be able to write a story about the WWII Swedish Landsverk armoured cars in service first against German forces and then in captured German service. Thanks to the Bosman brothers my family got to see their wonderful restoration job up close. Their M38 was a few years ago a very sorry looking wreck on Ireland. I will show many more photos of this most impressive project in a coming book. Just let me add here a huge thank you to the talented Bosman brothers.

When planning our Dutch trip we had not heard about the NEMO Science Museum in Amsterdam. Nor did we have an inkling that the inventor of the Leatherman multitool, Tim Leatherman himself, would be there to kick off a world tour. The Leatherman multitool was "born" on a 1975 trip from Amsterdam with a repeatedly malfunctioning little Fiat. A long trip through Europe and all the way to to Iran, that included leaky hotel plumbing and many other situations that so to say demanded a multitool.

Well, while visiting NEMO we became aware of Mr. Leatherman´s presence that day and decided we´d like to see what he looked like and perhaps even hear him speak. In fact, we got to talk to him and he turned out to be amiable, humble and also attentive to our son. I was in the process reminded of my first Leatherman, that I gave away to a Russian gentleman many years ago. 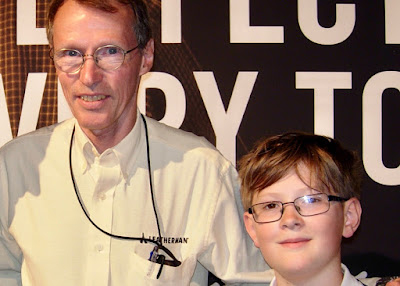 Tim Leatherman and our son Jarl at NEMO in Amsterdam.

Without hoping too much, our son left his name and address on a slip of paper to possibly win a limited edition multitool signed personally by Mr. Leatherman. Well, some hours later I got a call from an unknown number. I had a good feeling, took the call and heard a representative for Mr. Leatherman announce that our son was one of a handful of winners.

The next day we were not going to be in Amsterdam, but the Dutch Leatherman importer Mr. Jerko van den Hazel kindly suggested he would find us where we would be, at the Dutch National Military Museum in Soest, a museum that focuses on the Dutch Armed Forces in the past, present and even in the future. So, at the museum, which turned out to be one of the best museums I have ever visited, Jarl was presented with a limited edition Leatherman that is basically the same design that I once gave away to a Russian who hade been more than helpful for a WWII documentary that I was involved in at the time. Out on the Russian tundra, just before we parted ways, I slipped the multitool into his pocket.

Since those days, some twenty years ago, I have purchased another Leatherman for myself, of a later design. I had not, though, gotten a multitool for our children. So, that Jarl won one was both good timing and amusing, since the type he got was like the one I had once given away. 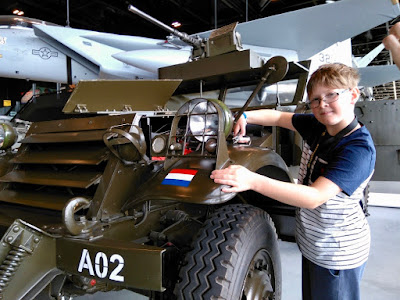 Jarl using his Leatherman to repair a half-track in the National Military Museum.

Many thanks to Tim Leatherman and Jerko van den Hazel for reminding us, in an unforgettable way, that giving away stuff is a great idea.

Now, just a few examples of what we saw at the museum - that has many hundred other large artifacts and thousands of smaller ones. Let me recommend you to stay there at least one full day. Best is to have two days, to be able to experience the interactive parts. Check out their website for special events (like a big show in the fall, that you should book). Many thanks to Dr. Mathieu Willemsen for your kind help and replies for a future publication. 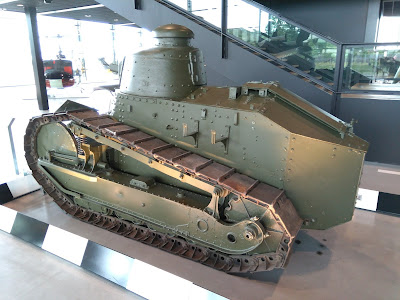 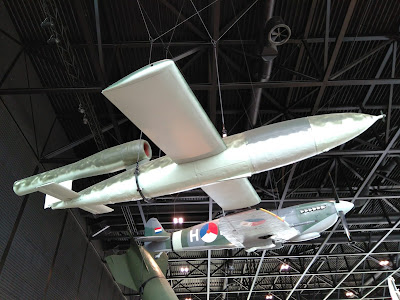 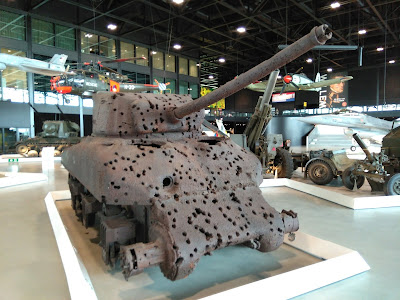 A Sherman tank after one or two hits... 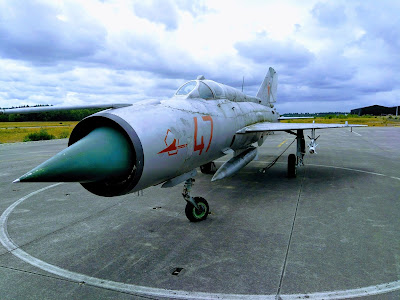 This MiG-21 is just one of several Cold War planes that you can see up close.
created by Lars Gyllenhaal at 17:24 1 comment: