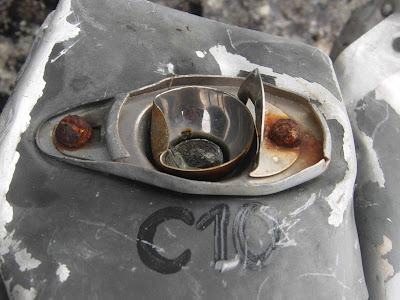 Ju 52 wreckage in Swedish Lapland, very close to Norway. I am always amazed to find hand-painted letters and numbers from WWII, but these are mostly covered by snow which can explain condition. 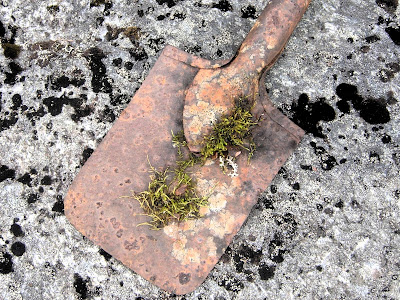 Aboard this Ju 52 there were omly Fallschirmjägers, paratroopers, thus this entrenching tool must have belonged to one of them. 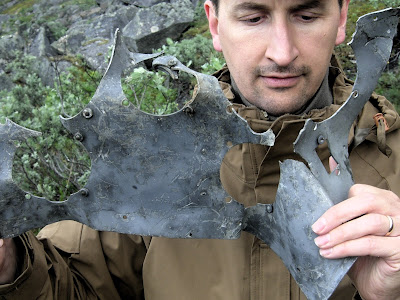 A twisted panel for some instruments, probably taken away by Swedish soldiers already in 1940, when this aircraft was shot down by a Swedish AA-gun. 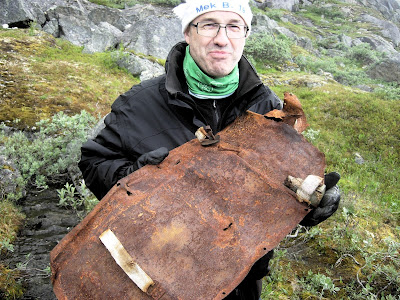 Cloth straps still remain, but what is Mats holding? 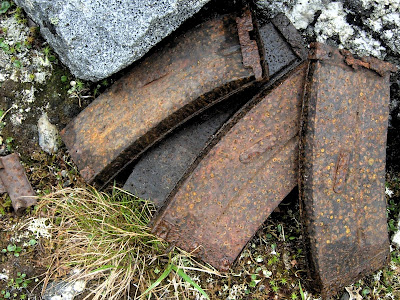 Moving over the border into Norway this was one of the best finds. Yes, this is how these Madsen mags were found, all together in a position north of Bjornfjell, where they still are. 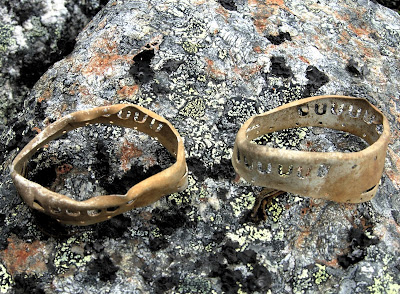 The straps of these German goggles have fully disintegrated, just the metal (aluminium?) is left. I have never found any goggles before, so this was a first. 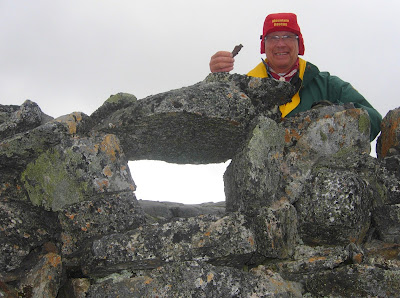 One of many German mountain positions that we found, some with rounds and cans, some empty. There are only a few traces of the opposing side, the Norwegian soldiers. 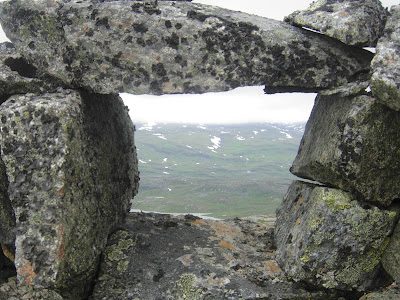 The view from them in 1940 must have been pretty much the same. 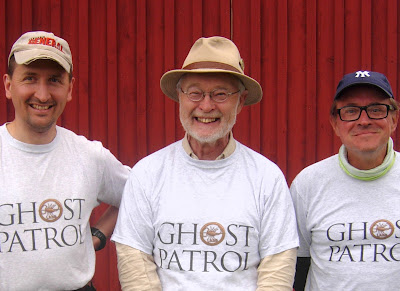 Three of us who did this hike form the team behind the coming book "Ghost Patrol". From the left moi, Karl-Gunnar Norén and Mikael Norman.
created by Lars Gyllenhaal at 11:25 1 comment: 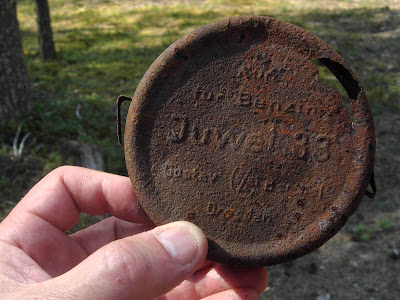 Made in Dresden and only use it with petrol, but what is it?

Early this summer two friends and I decided to again visit a former German WWII base in Finnish Lapland, that I have blogged about before. We revisited some sites and found some new ones. Let me immediately say that we did not trespass into any forbidden areas. Still, one should be very careful and to be completely safe not step on or lift anything rusty. If you still do so, let me clearly state that it is on your own risk and what everyone, including experienced folks, should always avoid, is touching mortar or artillery rounds. Also, leave the stuff for others to see, and report large rounds to local authorities. 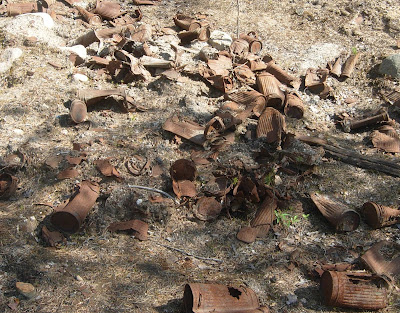 One of several places with lots of German gas mask containers. Most very rusty but some with remains of paint 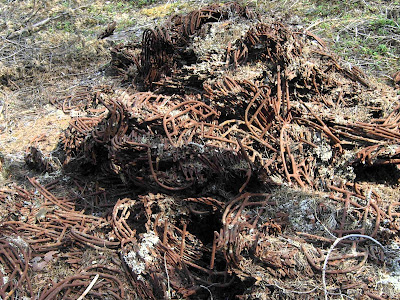 Hundreds of rusting Wehrmacht snow shoes in a heap. BTW I have seen very few photos of them in actual use. 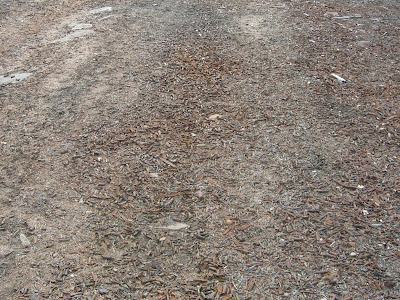 Yes, these are WWII cartridges on the ground in 2013, thousands of them, in one place. 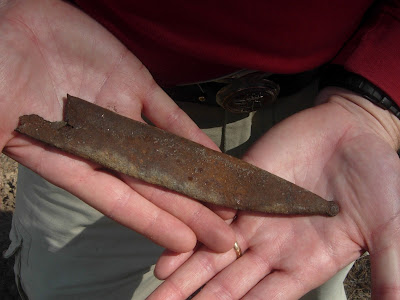 Remains of a bayonet holder. Although it looks dug it is not, thousands of pieces of kit are on the ground. Many have been here before though, so do not expect to find anything in good condition. 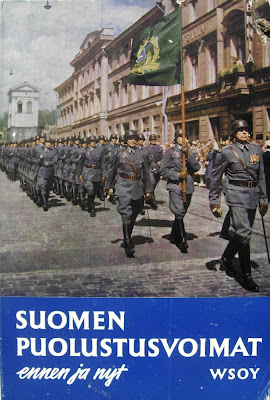 Finnish 1960s book about the Finnish Armed Forces, picked up for small sum in local 2nd hand store. Inside many photos of soldiers with both German and Soviet weapons.

I am still not keen to divulge the exact locations (also takes away part of the sport if I do), but let me give you a recommendation, the best place to stay and perhaps get some search tips is this cozy hotel.
created by Lars Gyllenhaal at 11:11 5 comments: