From China to Stalingrad 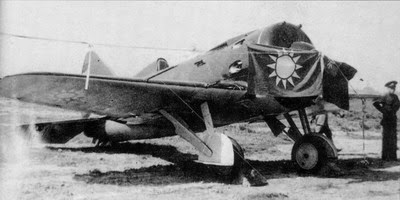 Soviet I-16 fighter with Chinese insignia. I-16 was the main fighter plane used by the Chinese Air Force and Soviet pilots in China 1937-41.

Let us refresh our minds about strategy by looking at the past. More specifically a battle just before WWII and how it compares to Stalingrad.

Have you ever heard about a battle in China 1938 called the battle of Taierzhuang? Probably not, am I right? But why on earth should this matter? Well, let me quote a single sentence from the book Taierzhuang 1938 - Stalingrad 1942 by Lance Olsen: "The major portion of Japan´s military might was - at all times from 1931 to 1945 - consumed in China".

The battle of Taierzhuang in 1938 was the first major Chinese victory in the largely unknown (i.e. in the West) first stage of the Asian part of WWII. It is hard not to agree with Lance Olsen that Japan´s invasion of China, that started in 1931, spared the Soviet Union from having to fight a 2-front war. For, at the battle of Moscow 1941, had those reinforcements from Siberia not been able to come - WWII would have taken a different course - perhaps even a radically different course.

Lance Olsen has done serious students of WWII a great favour by revealing a huge blind spot in the western mainstream narrative of WWII. Read his book for a very refreshing take on WWII, and after having read it consider if we today are much better at taking into account how the balance in Asia counts not only in Asia.
created by Lars Gyllenhaal at 00:49 No comments: