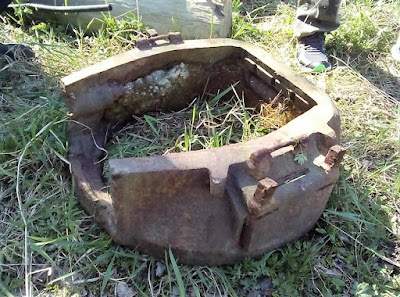 Tank commander cupola from a Panzerkampfwagen 35 S, still out in the open.

I had underestimated how much there was left to see of the 1944 battles on the Finnish side of the Tornio Valley, the bilingual region situated where Sweden and Finland share a common land border. Thanks to Finnish author Mika Kulju we got to see not only WWII foxholes - some still quite deep - but also the remains of a German tank turret cupola, still out in the open.

Mika Kulju has written extensively about both the Winter War and Continuation War. It is no wonder he knows his stuff as he actually grew up on a 1944 battlefield. So, we could not have had a better guide to see physical remains of what happened around Tornio when the Finnish Army launched a surprise attack against the German troops there, in October 1944. But how did a tank from France end up in this battle??? Because the above tank commander cupola was once attached to a French tank. It was first known as Somua S 35 and 450 of them were made...

Well, the German Army in 1940 managed to capture almost 300 of these tanks and soon put them to use against new enemies, mostly the Soviets. They made some slight improvements, like cutting down the commander's observation cupola a bit and adding a two-piece hatch to it. They called the result Panzerkampfwagen 35 S. In the big French tank museum in Saumur you can see one of these, albeit painted in pre-German fashion. 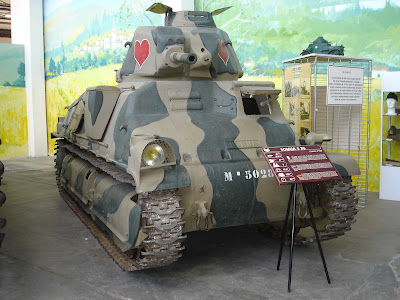 The Saumur Tank Museum´s Panzerkampfwagen 35 S with the same type of cupola (on top) as in the previous photo, but plus the two-piece hatch. PHOTO: Antonov14

When the Finnish troops were confronted with this type of tank by Tornio in October 1944 they used not least German anti-tank weapons to blow them apart. In typical Finnish fashion a local citizen then decided to put the cupola to use by making it part of a sauna! Make sauna, not war... The "tank sauna", however, did not last and the cupola was chucked out in the open, where it still is in 2016. 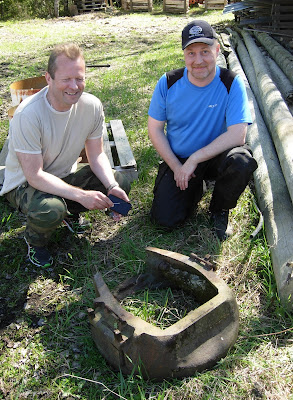 Mika Kulju (left) with the owner of what may be the last remaining part of the German tanks that were destroyed by the Finnish Army by Tornio.

Below are some more photos to give you an idea of our trip, including a sign in Russian and Finnish on the Tornio railway station that was fought over in 1944 but had already been part of world history, when Lenin in 1917 was there on his way from exile in Switzerland to chaos in Russia. 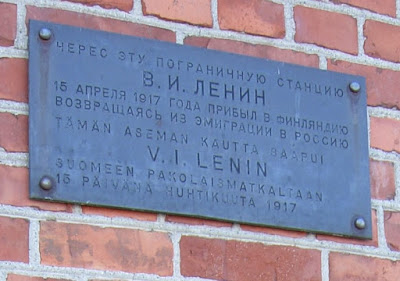 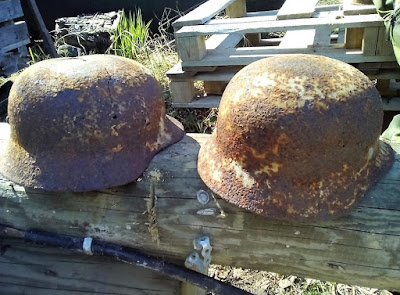 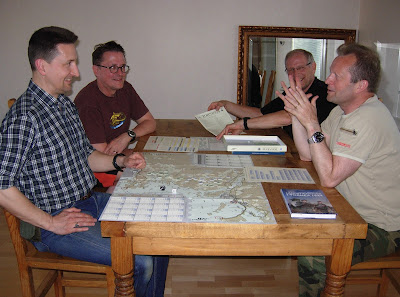 Just what are we doing in the above photo? Well after having walked the battlefields we of course simulated the battle by playing TORNIO ´44, a board game in English produced in 2015 by a talented wargamer, Mikael Grönroos. The game is soon to be marketed in Pennan & Svärdet. Much more can be said about what we saw and learnt thanks to the generous Mika Kulju, but I am saving some special stories from this battle for a coming book of mine in English about WWII in Arctic Europe. Meanwhile, if you can read Swedish or Finnish, make sure to check out Mika Kulju´s books and then find out from TORNIO ´44 if you can "alter" history. If you haven´t seen my previous report about WWI & WWII sights in central Tornio I think you might now want to check it out.

created by Lars Gyllenhaal at 20:20 No comments: