I today learnt that a fellow volunteer-researcher in Switzerland has released a new book, a biography about the second highest Swiss volunteer in the Waffen-SS, Heinrich Hersche from Appenzell.

In Swedes at War my co-author and I especially compare Swedes and Swiss in the Spanish Civil War and in the Waffen-SS. Our main source of information re. Swiss volunteers was the Swiss author Vincenz Oertle. He has written the most comprehensive book there is on the Swiss in the Waffen-SS: Sollte ich aus Russland nicht zurückkehren: Schweizer Freiwillige an deutscher Seite 1939-1945 (1997). That book is a real must-have source if you have a special interest in the Germanic volunteers (and read German).

Oertle's new book, released in December last year (2011), is entitled Ein Appenzeller in der Waffen-SS and focuses on the life of a battalion commander within the 33rd Waffen-Grenadier-Division "Charlemagne". Hersche was a former major in the Swiss Army cavalry. I have not read the book but judging from the brochure I received today the book is mainly about Hersche's years in the SS - he served right until the end - but also about his prewar personal and political life.

If you can read German here is a Swiss article about the book, and here one can order the book.

Herr Oertle has previously written books about Swiss citizens in the French Foreign Legion, since its inception, and the Swiss Guard of the Vatican. Although the guards may seem like a medieval army, they nowadays also have modern equipment and even a website of their own in English.

BTW, I wrote about the military links between Switzerland and Sweden in this post. I can add that the deal about JAS Gripen has not yet been concluded.
created by Lars Gyllenhaal at 21:22 1 comment: 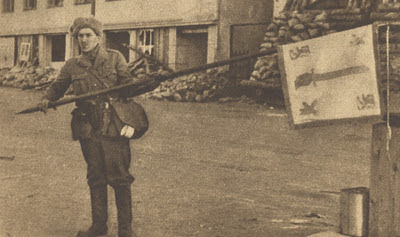 Unknown Swedish volunteer in Finnish Hangö on December 4, 1941. Click on the photo to see it in larger size. PHOTO: Laurin Zilliacus

This above photo has been published in some Swedish books, notably Från Salla till Hangöudd by Anders Grafström. But so far the identity of the flag-bearer is unknown, at least to me. Perhaps some blog reader knows more?

The occasion is the liberation of Finnish Hangö in 1941 and the flag is from the Jäger Company Grafström, so, obviously the soldier is from that company. Note the mug hanging from the bag, the Finnish knife and Sami leather boots.

Who knows the name of the man, and how did you know?

Here is the source of this photo, Gamle Hurtig, a today very little known wartime Finnish journal in Swedish about the ongoing war with a special focus on Swedish volunteers: 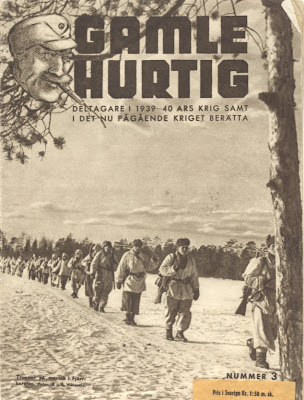 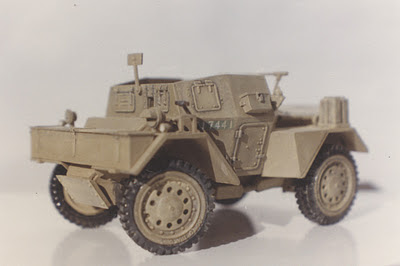 The latest issue (1-2/2012) of the Swedish journal 4 Wheel Drive has a great story about a magnificent reproduction Dingo armoured car created by Swedish enthusiasts.

I have no photo of my own of the scale 1:1 Swedish Dingo but you can see one via this link to 4WD magazine.

The reason I am so fascinated by this repro project is 1. I was close to buying a Dingo wreck together with a friend, from a company in Northern Ireland in the 1980s. 2. It is simply an adorable little car, Daimler-made and all. 3. The Swedish enthusiasts built their repro for just 75 000 Swedish Crowns, which is something like 7500 Pounds. 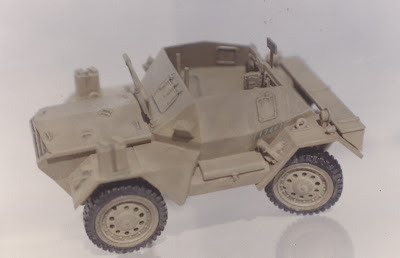 I was rather pleased with my model although I did not convert the exterior. 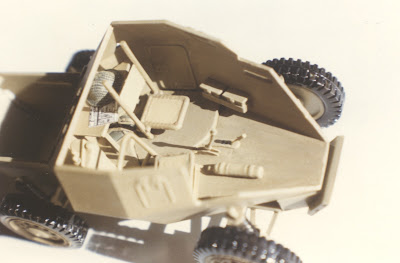 However, I did add detail inside, such as a gearbox.

Incidentally, there are these Youtube-clips about a repro Dingo project in Britain. Hopefully, the current owner of the one and only Swedish repro Dingo will post some photos or a film clip on the web in the near future. If so, please do comment below.
created by Lars Gyllenhaal at 15:52 No comments:


Russian WWII buffs have made this short film by mixing news reels with reenactors on real WWII sites in the Arctic.

I like the way the German Arctic news reel transforms into today's landscape, and how the film team have made use of the Titovka bunkers. The Soviets portrayed are NKVD border guards, who fought well.

The name of the film in English is "Seventh Day of the War". It is an amazing Russian amateur "Saving Private Ryan", filmed on the real WWII battlefields in the Russian Arctic.
created by Lars Gyllenhaal at 15:20 No comments: