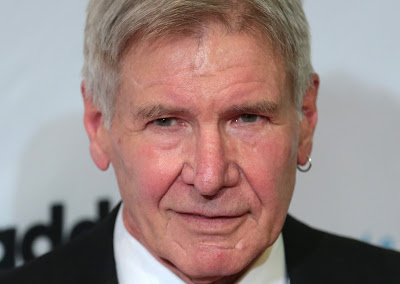 The most original science fiction/comedy in later years must be the largely Finnish "Iron Sky", that premiered in 2012. Well, now we are all living in 2018, the year when the plot of that movie takes place, and can do some comparing, e.g. between the president in "Iron Sky" and reality.

Now, you might expect me to blog a bit about the sequel, "Iron Sky: The Coming Race", which will be released later this year (not sure which date is correct). However, right now I´d rather like to point out that next year is when the original "Blade Runner" (1982) movie takes place. Amazingly, both Harrison Ford, now 75, and Rutger Hauer, now 74, are still doing films.

And then 2022 is not that distant, the year of the post-apocalyptic science fiction thriller "Soylent Green", made back in 1973. Actually, the first words on the poster for "Soylent Green" were "It´s the year 2022...".

As you have figured out, I have a special interest in when science fiction movies actually meet reality, and I reckon you might be here for the same reason. Well, I am still searching for a word or an expression to describe this interest. Any suggestions?
created by Lars Gyllenhaal at 16:13 No comments: