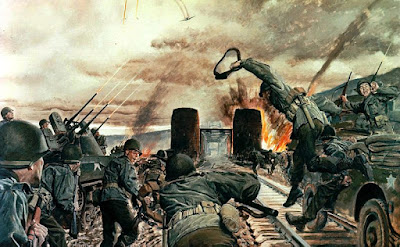 In mainstream accounts of Swedish WWII history the many thousand Swedes in Allied units - such as Dan Norrgård - have so far, for some reason, been largely ignored.
created by Lars Gyllenhaal at 13:46