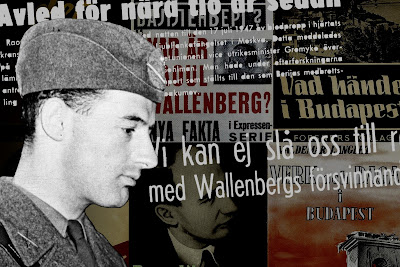 Brink´s new book includes a summary in English and is thus not only of interest for Swedish readers. The book´s title may sound academic, Raoul Wallenberg in Swedish Daily Press During the Cold War, but this is a book that should appeal not only to researchers at universities and institutions, but also to journalists and others. Brink´s book contains a credible and important analysis of how the press in Sweden, including Swedish communist papers, covered Raoul Wallenberg during the classic Cold War years. Previously, Lars Brink has written an amazing history of the Swedish Home Guard, including a very readable section about the young Wallenberg and his defence work. Brink´s books can be found in some Swedish book shops and also ordered from his own website.
created by Lars Gyllenhaal at 17:40