It is not every day you get to see a cool and previously unpublished photograph of the King of Sweden. But in a new book written by a friend there is such a photo, with the king being instructed by Sweden´s most famous special operations veteran.

Taking into account that Allan Mann was a hand-to-hand combat expert our king (then crown prince) presumably learnt a thing or two about how to most effectively defend himself without weapons, and also with a knife and so on. 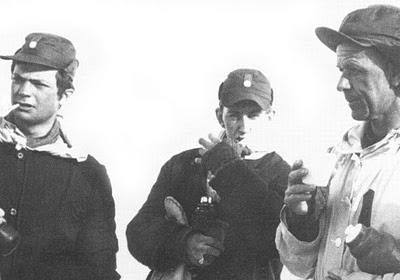 From the left, Carl XVI Gustaf, King of Sweden, unidentified person and Allan Mann, veteran of the Soviet-Finnish Winter War, the battle of Narvik and several years of SOE missions. PHOTO: Sten Bråkenhielm

I had the privelege of meeting Allan Mann, who served as a volunteer in Finland in 1940 on the Salla Front and then in Norway, lastly on the Narvik front. After there earning admission into the Légion d'honneur (French Legion of Honour), he joined the British Special Operations Executive (SOE) and served as a SOE agent and eventually also uniformed operator. He thus returned to Norway during WWII many times, the last time by parachute. A summary of his exploits can be found in Swedes at War.

Since a few days ago there is a somewhat more complete chronicle of Allan Mann´s wartime experiences. The book´s title is De glömda agenterna, "The Forgotten Agents". The book´s author, Anders Johansson, earned well-deserved praise for his previous book, about the division of Norwegian "Police Troops" that was trained and organized in Sweden 1943-45. Here is the cover of Johansson´s new book: 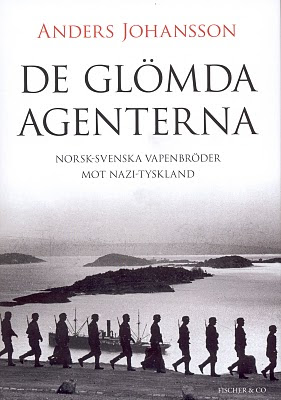 The cover of the brand new book "The Forgotten Agents" by Anders Johansson. So far only available in Swedish. Rather than showing agents on the cover the publisher chose to convey the occupation of Norway. Great cover IMHO.

"The Forgotten Agents" features not only Allan Mann but rather attempts to give an idea of all the not that few Swedes that served Norway as agents in one form or another. Still, Mann is a big part of the story, as is apparent from the back cover where a German-issued ID-card for Mann can be seen together with a photo of him in Norwegian uniform: 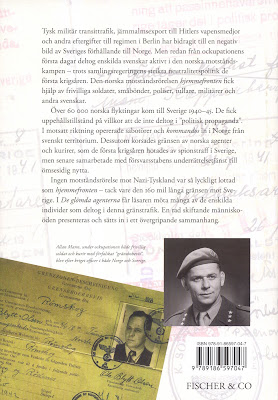 On the back cover, one of Allan Mann´s counterfeit IDs and a postwar photo of Mann in a Norwegian captain´s uniform. You can click on the cover to see it larger.

If you have a special interest in Swedes at war during the 20th century or in the SOE in Scandinavia and read Swedish, I cordially recommend you to acquire De glömda agenterna. I also hope that in the future it might be translated into Norwegian and even English.
created by Lars Gyllenhaal at 16:33