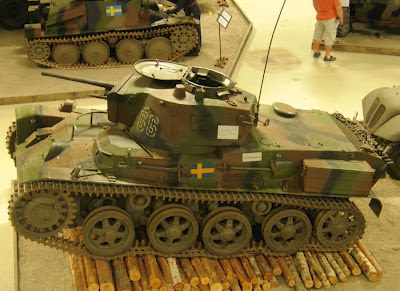 A few weeks ago I finally got to visit Arsenalen, the new national Swedish military vehicle museum. It is not as good as Bovington (the British tank museum), but is certainly worth a visit if you are in the Stockholm area.

The museum is focused on armour somehow connected to Sweden, from WWI to the present day, but also has some really interesting "soft skins", such as a German Tempo Vidal G 1200, which for some strange reason was purchased by the Swedish Army.

The influence of German design in early Swedish tanks is apparent, the reason is very simple: the main tank supplier was initially a German plant on Swedish soil, Landsverk. For instance, the above pictured Landsverk m/38 was virtually the same vehicle that in Hungary was known as the Toldi. Interestingly, the only two surviving Toldis are in Russia. 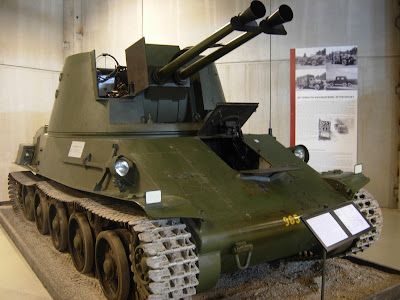 A very rare Landsverk AA-tank, based on the Anti that served Finland and Hungary (as Nimrod) in WWII. 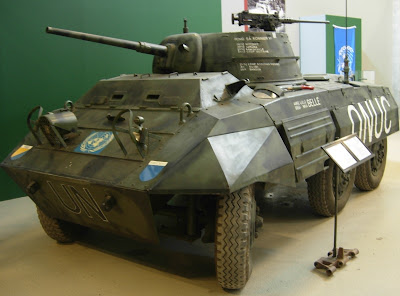 A US-made M8 armoured car, one of four captured by the Swedish Army in Congo.

One of the most exotic vehicles in Arsenalen is the captured M8 Greyhound, once used by the Katanga Province Gendarmerie and then by Swedish UN troops in Congo in the early 1960s.

The museum also features some large dioramas with real vehicles, such as this one with a Hetzer: 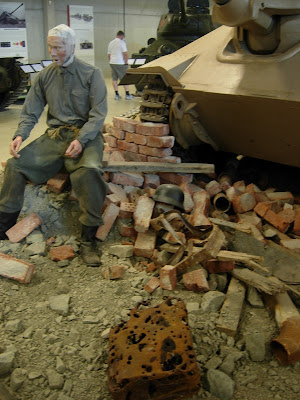 I reckon this illustrates the end of the Third Reich quite well. But the Hetzer is rather clean...

In the smaller rooms there are many small dioramas and don't miss the upper floor scale models.

created by Lars Gyllenhaal at 21:43