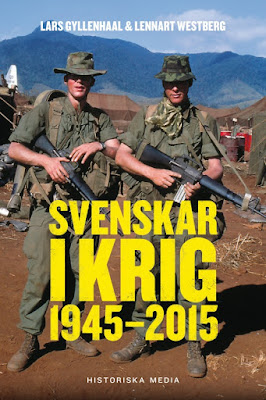 P.S.
If you are wondering how many Swedish citizens died against Hitler - well, there is no exact figure but it is clear that many more died against than for. In the various Allied convoys (to Liverpool, Murmansk etc) some 900 Swedish seamen died. In addition there were Swedish citizens in US, British, French, Norwegian etc army, navy & air units and approx a hundred were killed in action. For more about the Swedes on the Allied side I again refer to our previous book Swedes at War 1914-1945, also available in English.
created by Lars Gyllenhaal at 10:17