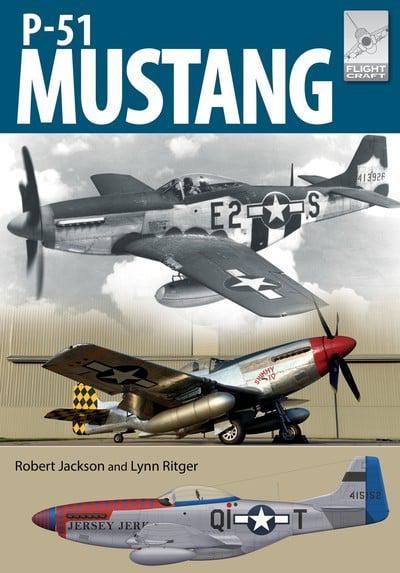 The P-51 Mustang was first flown operationally not by the USAAF but by the Royal Air Force (RAF). This is reflected in this new book that should please both warbird buffs in general and especially modellers - here you will find sharp reviews of P-51 kits in all scales.

This book combines facts about the various Mustangs produced for the RAF and USAAF; text about how they performed (not least against the German Me 262); splendid b/w and color photos from WWII and the Korean War; superb color profiles; some photos of the plane in smaller air forces (including Sweden´s) plus a beautiful section about the plane in model form.

The chosen photographs are excellent and I have to mention one in particular, of Major James H. Howard - seeing the photo of him and his plane marked for six victories over German aircraft and six victories over Japanese immediately inspired me to build his particular plane. He was awarded the Congressional Medal of Honor for a single-handed battle against over 30 enemy fighters.

Before opening this book I was just vaguely aware of the last Mustang, the Twin Mustang, basically two Mustang fuselages joined together. Weird design - I didn't think it had seen any service. But I was wrong, during the Korean War Twin Mustangs were among the first US aircraft to fight over Korea and they soon, as well as normal Mustangs, showed that they were not obsolete. In my mind the Korean War was a jet fighter war, so the book´s section about Mustangs over Korea held several surprises for me.

Of the book´s 96 large size pages, 37 are devoted to the Mustang in model form, starting with the Academy Mustangs in 1/72 scale and then covering the different 1/48 and 1/32 scale models by various manufacturers. I was surprised at the large number of different kits and appreciate very much how the authors describe the pros and cons of them. It is also in the model section that one finds two photos of Clarence "Bud" Anderson´s "Old Crow". Considering both his Swedish roots and ace status I plan to build  his plane in the near future and while doing so will no doubt have good use of this fine aircraft study produced by Robert Jackson and Lynn Ritger. "Bud" is still alive (!) and I hope he will soon be reading these words.

created by Lars Gyllenhaal at 22:30