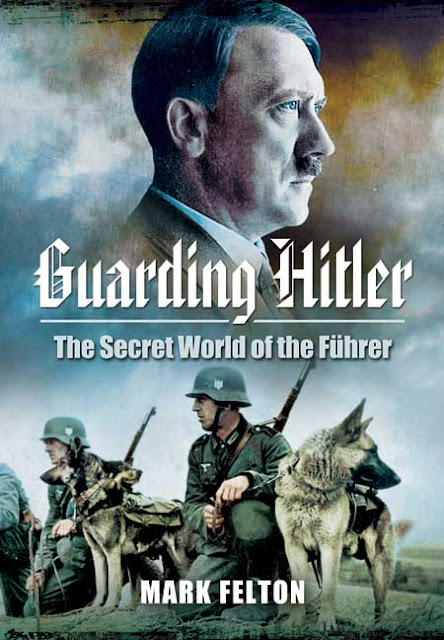 A 22-year-old Swiss student decided to kill Adolf Hitler and got very close to succeeding. The capture of two unusual Waffen-SS soldiers in Normandy resulted in another of the many close calls with death that the Nazi leader had. If you are keen to learn about the close protection around Hitler, his body guards and their vehicles, then this book by Dr. Mark Felton should be of great interest to you.

Mark Felton has become a familiar name to many WWII buffs thanks to YouTube. By January 2021 his main YouTube channel reached one million subscribers. But with books like Guarding Hitler he has shown that he is much more than a talented YouTuber. In Guarding Hitler he tells the story of the SS forces directly responsible for the personal safety of Hitler and while doing so makes it clear how complicated the SS empire was. The number of similar (competing) branches within the SS is quite baffling and reflects a basic feature of the whole German state under National Socialism. The Sicherheitsdienst (SD), the intelligence agency of the SS and NSDAP (Nazi Party), has become well known, but Guarding Hitler instead acquaints the reader more with the two SS forces responsible for Hitler´s close personal security, the rather confusingly named Reichssicherheitsdienst (RSD) that was not part of the SD, and the Führerbegleitkommando (FBK). To not complicate life too much I here only use the last names that these groups had.

Guarding Hitler is not least about the many attempts to kill Hitler – I found the Swiss student´s to be the most fascinating one. Although this subject has been covered in previous books and documentaries, Felton manages to make also these sections of his book highly readable. He presents own archive finds about the British Special Operations Executive (SOE) assassination plan called Operation Foxley. The plan, focused on sending a sniper team to Obersalzberg, was created due to the capture of two very special Waffen-SS soldiers in Normandy in June 1944 – soldiers that made the SOE realize that the security at Hitler´s Obersalzberg complex was not perfect. The prisoners opened up a window of opportunity for the SOE. In my opinion Guarding Hitler has all the ingredients to form the basis for a really strong documentary about Operation Foxley, that of course could be followed by a WWII “what if” movie.

Nordic readers may be surprised to learn from Guarding Hitler how RSD body guards protected also the Reichskommissars in Norway and Denmark. The RSD came to protect not only Hitler but many leaders of the Third Reich.

Aviation buffs will no doubt be most interested in what Felton has written about Hitler´s private air force including the “parachute seat” that was added to the personal Condor aircraft of Hitler. To quote from the relevant chapter: “Air travel was dangerous, particularly during wartime, yet Hitler seemed to prefer the risks rather than using his train for most long-distance journeys.”

Hitler´s train is of course also present, the Führersonderzug and what I found particularly interesting in that part was what happened to it after the war, how it was used by different states and that Hitler´s saloon coach (dining carriage) was taken out of service only in 1990 (!) and is now on display in a Bavarian steam locomotive museum.

Well then, Guarding Hitler should be of interest to both the average WWII buff, WWII researchers and close protection specialists.

created by Lars Gyllenhaal at 14:49