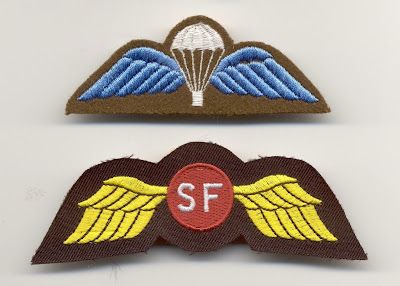 The most secret WWII Allied bases on Swedish territory are now being investigated by proper field research. Last week I had the privilege to take part in the investigation of an until now in modern Sweden basically unknown base under the Special Force HQ (insignia above with the standard British wings worn by many SFHQ operators).

The location of this Sepals base under SFHQ (and perhaps also the Norwegian XU) and most of the artifacts that we found can at this time not be shown, as the place and most artifacts are still under investigation by Swedish archaeologists. What I now can reveal is that a number of issues of the newspaper Stockholms-Tidningen found their way to this remote mountain location. Given the rarity of that paper above the Arctic Circle it is probable that these papers came to this place as part of the flow of weapons, ammunition, food etc between Allied embassies in Stockholm and the resistance groups in the Norwegian county of Nordland. It is known from Norwegian WWII literature that the place we searched was an important point in the secret supply chain to German-occupied Norway.

Among the newspapers we found there were several articles that really bring home how the reader back then learnt of the major events as they unfolded. The headlines with Stalingrad and 10,000 destroyed Soviet tanks, see below, remind of the scale and connect the base to the larger picture. 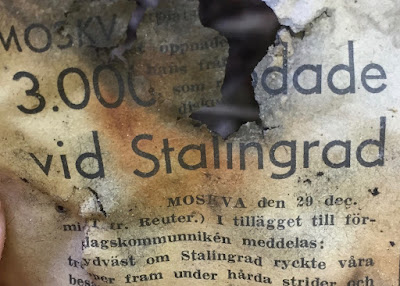 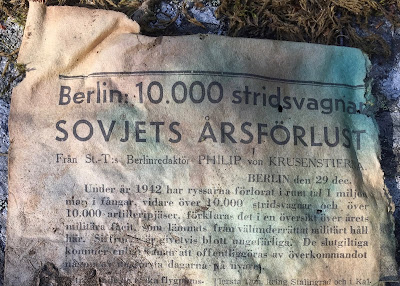 I could not help being rather amused by finding the below article entitled “Invasion In Western Europe Excluded”, that explains how the German fortifications there had become so numerous that successfully invading Western Europe was now impossible. 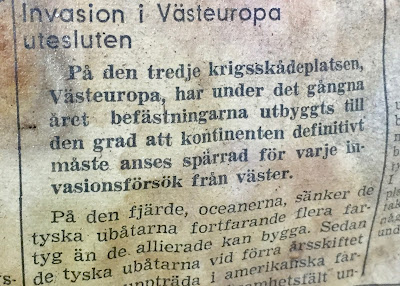 We were also reminded by the civilian history of the place by several finds. Again, most are waiting to be properly identified, but below is one artifact identified as the foundation for making traditional Sami shoes. 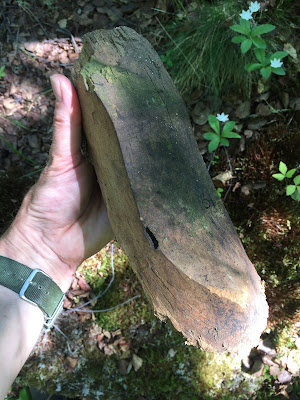 Finally, I wish to thank all those involved in this trip for making it happen, and for good company in a most beautiful area of the mountains shared by Sweden and Norway. For those of you not familiar with the Sepals bases, check out the books by Roger Albrigtsen and myself.
created by Lars Gyllenhaal at 12:07