In some parts of Finnish Lapland WWII history is so present and untouched that you almost feel like a time traveller. Places with sandy ground are the best.

I am taking a break from my Narvik reporting to tell about a trip to Finnish Lapland some weeks ago. This place NE of Rovaniemi was a supply base for the Wehrmacht in 1941-44. At the time there were railroad tracks leading right into the base. Remains of them are still around and in one stretch it seems as if the Germans left some mines (Tellerminen?) that were (much) later blown up by Finnish mine clearers. 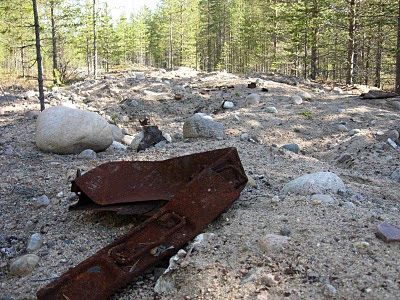 This stretch of railroad is without tracks and has several craters, probably from German mines being blown up after the war. In the foreground a MG 42 ammo box.

Let me stress that the pictured area is not in a closed military zone. There are such areas around Rovaniemi but I have not entered any of them, and will not do so without a permit. 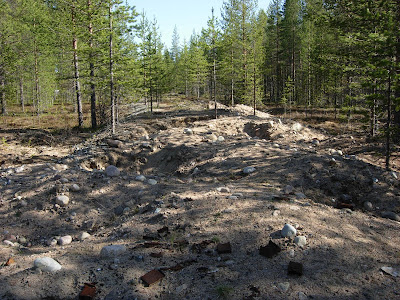 More craters and in the foreground several Wehrmacht "Esbit" individual soldier´s field stoves can be seen. 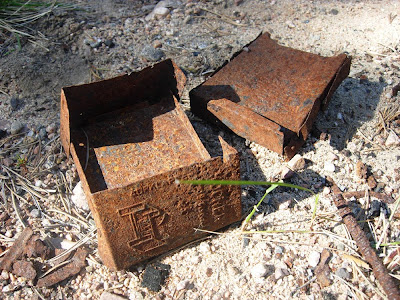 The "Esbits" up close. The instructions stamped in the metal can still be read in spite of the rust. 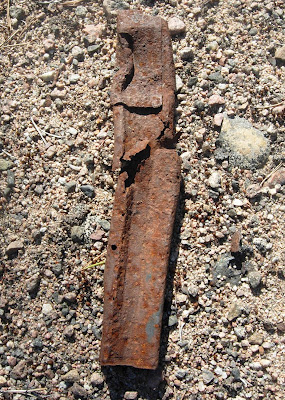 Magazine for a German MP 38 or 40 submachine gun. Please note this was not dug, at least not by us. It was just lying there in the sand.

The magazine for a MP 38/40 submachine gun was the discovery I noted most, as that weapon is featured on both the front and back of the cover of my latest book, Swedes at War. 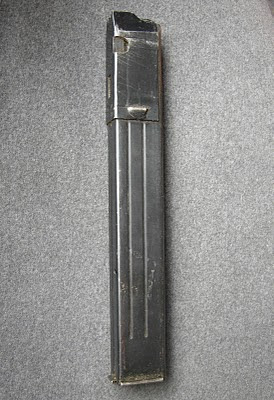 For comparison, this is what a preserved MP 38/40 magazine looks like. 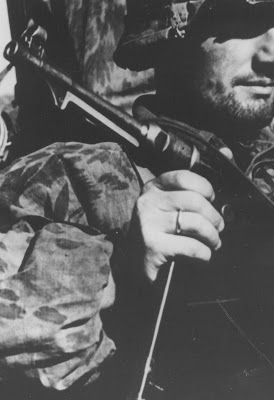 The same magazine on the cover of Swedes at War by yours truly and Lennart Westberg. The soldiers are from "Wiking" and the photo is copyright NARA. BTW all other photos in this blog are mine (my copyright) unless otherwise noted. 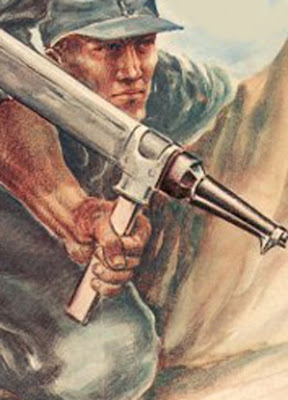 The mag on the rear cover, in a colour illustration produced by Norwegian-Swedish Waffen-SS war correspondent (SS-Kriegsberichter) Finn Wigforss. It was reproduced i.a. on the cover of the German weekly Die Woche ("The Week"). 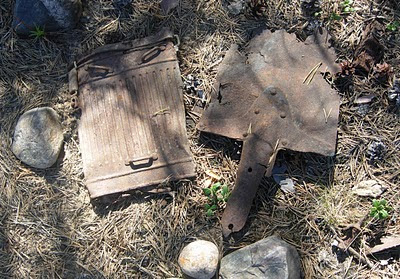 Other standard issue individual soldier items littering the ground around the craters are gas mask canisters and shovels. 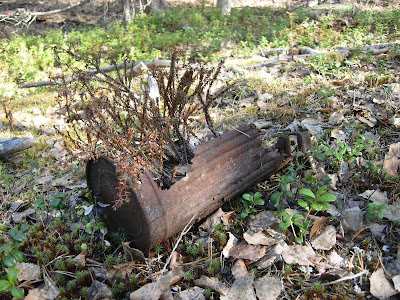 I guess this gas mask canister is saying "make plants, not war". 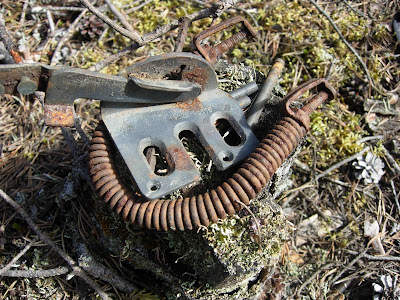 Norwegian industry is also represented as there are several hundred Norwegian-made ski bindings lying about. 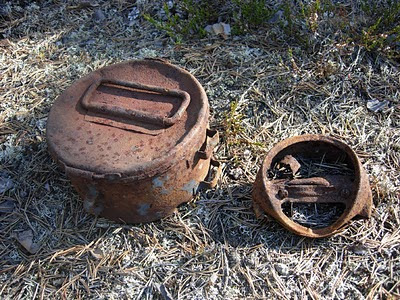 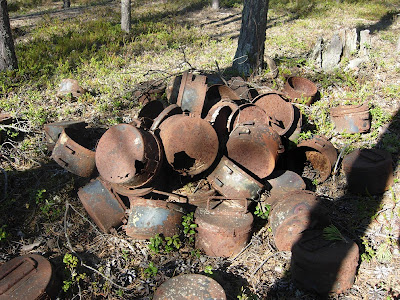 A heap of the same thingies. 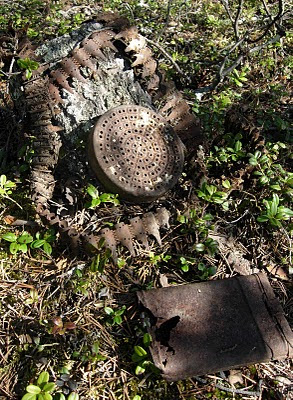 In parts of the former supply base it is hard not to step on remains of German equipment. Here part of a MG belt, a gas filter and a Mauser cleaning kit. 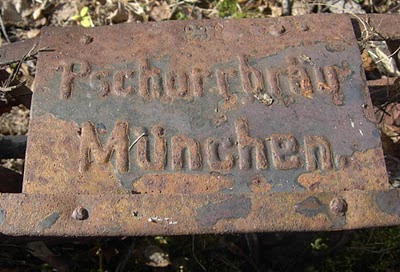 The soldiers of the base obviously got beer from Munich. This sign is on a beer crate. Is this brand still around? 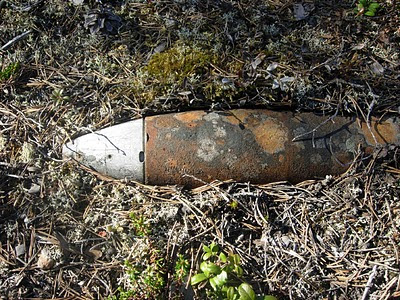 Just before we left one of us almost stepped on this, a German 1936-dated 75 mm round. No, we did not measure it (we didn´t even touch it), we found that out through reporting the find to the Finnish Army (we GPS:ed the location). This area is supposed to be clear of UXO (unexploded ordnance). But there are evidently some exceptions to the rule - a reminder for all of us visiting 20th century battlefields to never take anything for granted.

In fact, even if one abstains from digging there still lurk some mines out there. Not many, it seems, but they possibly still could go off from pressure (WWI buffs will know that ammo from 1914-18 can still be lethal). I have not encountered any mines myself, but have friends who have (without accident, but no guarrantees for that). So, I really mean it when I say this hobby is not something I can recommend for others to take up. Well, why do I do it? It gives me insights into the conditions of the time and provides me with ingredients for future books and articles.

By the way, I have just changed the settings of this blog to make it easier to comment. I am just retaining the setting so that I get to read comments first, so that I can chuck away spam etc. Please do comment, especially about the unidentified stuff.
created by Lars Gyllenhaal at 09:38