US Warriors From Finland

US Special Forces legend Larry Thorne, born as Lauri Törni, is the most famous warrior from Finland after Marshal Mannerheim. But soon six more highly decorated American soldiers from Finland will be presented to the general public. 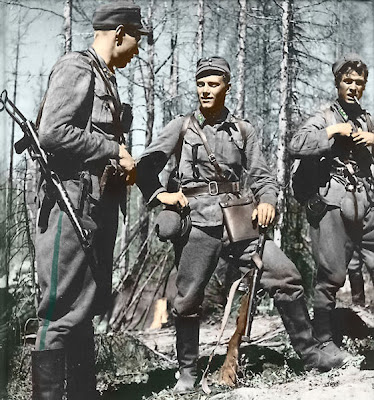 Lauri Törni among some of his rangers in the Finnish Army. Originally a black &
white photo.

In the book The Green Berets by Robin Moore, the Swedish-sounding "Sven Kornie" was based on the very real Larry Thorne, born in Finland as Lauri Törni. The book was made into a movie with the same name ("The Green Berets") starring John Wayne as "Mike Kirby", a character based on Törni/Thorne. In my latest book in Swedish, Elitförband i Norden, about the elite units of the Nordic countries, I of course write about him. However, that man deserves much more space, a biography. There is more than one and the best is no doubt Born a Soldier by the Finnish-speaking US diplomat J. Michael Cleverley.

Thorne was much appreciated and decorated in the United States and was buried in the Arlington National Cemetary, being the only Waffen-SS veteran there, I believe. He did not, though, receive the Medal of Honor. This decoration, the highest US military decoration, has however been bestowed on no less than six men born in Finland. For some reason though, very little has been written about them in any language. One can guess it has to do with that they served prior to WWII and the interest in WWI and other wars is not as great as that in WWII. Still, their feats should interest a rather wide audience not least Swedes and Swedish Americans, as five of the six portrayed men were ethnic Swedes.

Well, in October the first book about these men will appear, in Swedish, under the title Ärans medalj, meaning Medal of Honor. Understandably, I have not yet read the book but I do know the author, K-G Olin and can vouch for his high standard in researching and writing. Here is the cover of the book: 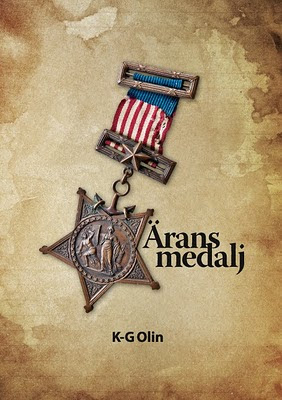 The cover of Ärans medalj, meaning Medal of Honor, by K-G Olin.

If you are interested in Finnish history and especially Finnish American history, and can read Swedish, you REALLY should check out Olin´s books. Here is his website.
created by Lars Gyllenhaal at 14:42