A friend recently moved down south and in conjunction with that decided to donate most of his militaria collection. In this previous post I described how I passed on half of his collection to the new museum in Salla. Here are some artifacts from the other half.

These latter objects of Soviet and Swedish origin are all from the Salla area in Finnish Lapland and come from what was mainly a battleground during the Winter War of 1939-40, between the Swedish Volunteer Corps (SFK) and the Soviet 122nd and 88th Rifle Divisions. 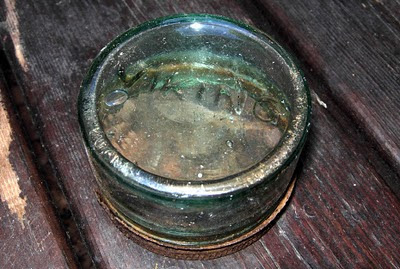 A glass container with the word "VIKING" protruding from the glass. This was a Swedish-made shoe wax that is still today produced but now sold only in all-metal cans. In the Swedish press the SFK were also sometimes called Vikings. 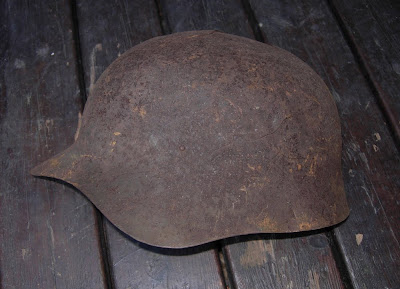 A Soviet M1936 helmet from a battleground outside Salla. I believe I read somewhere that the helmet profile was similar to the German Stahlhelm´s seen from a distance, and thus caused the Red Army some problems (cases of friendly fire). 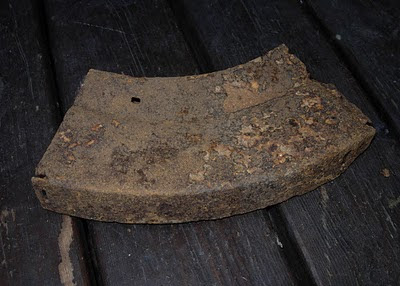 What I think must be a Madsen machine gun magazine. Thus probably used by the SFK and perhaps one can even associate it with the 727 Norwegian volunteers within the SFK, as I would think they had most (all) Madsens (Madsen being the standard Norwegian MG). Can someone verify this theory?

The above objects and some more are now in the collections of the Defence Museum in Boden, Sweden.
created by Lars Gyllenhaal at 13:32