The Mysterious Pilot in Älvsbyn 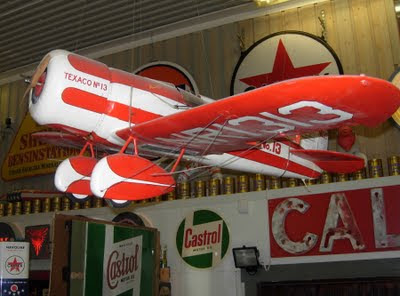 This large-scale model of a "Mystery Ship" is exhibited in the Petrol Museum of Älvsbyn in Swedish Lapland.

One of the most motor nostalgia-filled museums I've ever seen is the Petrol Museum (in Swedish: Bensinmuseum) of Älvsbyn. The museum is small but well worth the visit if you are in northernmost Sweden. Military items are very few but there is a great model of a plane flown by Frank Hawks.

Hawks, famous from the movie serial "The Mysterious Pilot", was a WWI aviator who started breaking air records. In my opinion his "Mystery Ship" aircraft also known as "Texaco 13" is one of the most beautiful aircraft ever built. So, just to be able to see the large-scale (I reckon scale 1:10) model of his plane was a treat in itself.

The Petrol Museum of Älvsbyn has thousands of items related to old gas stations, I reckon most are from the 1930s to 1960s. Aside from these smaller items I also greatly appreciated the car wrecks outside, here are two of them: 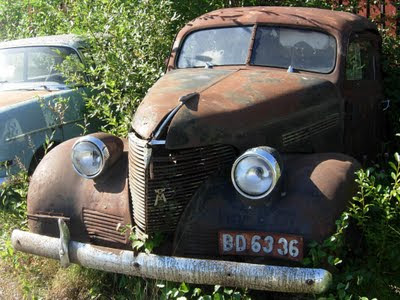 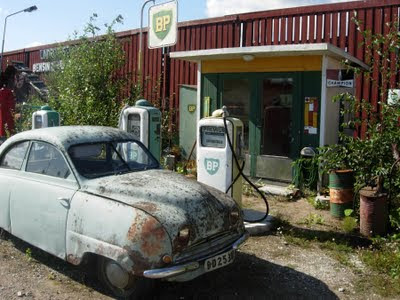 created by Lars Gyllenhaal at 09:55