Swedes Who Fought On D-Day 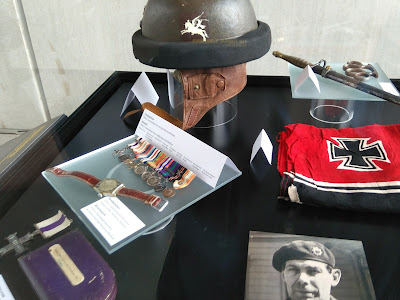 Personal items from Swedes who fought on D-Day are now on display.

Swedes who fought in Normandy 1944 are for the first time in focus in a museum. Hundreds of Swedes took part in the Allied Normandy operation, mostly at sea. But the Swedish Air Force Museum has of course chosen to focus on Swedes in D-Day aircraft.

It is one thing to read about the only air ace born in Sweden, William Yngve Anderson from Kramfors (see my recent book about him and other Swedes in US WWII service), but it is really something to watch his first air victories, recorded by his Mustang´s automatic camera. Now you can see this footage yourself at the Swedish Air Force Museum, and then see some of his own pilot gear, exhibited thanks to his daughter Gina. 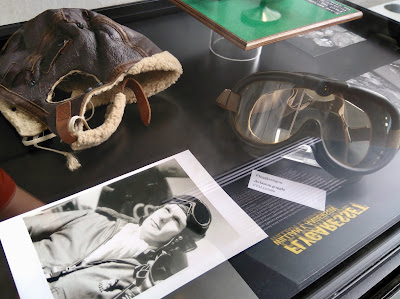 William Yngve Anderson´s flight helmet and goggles, then and now.

The first thing you see when you this summer enter the Swedish Air Force Museum is actually their exhibition about D-Day, and perhaps first of all you will notice a Jeep from one of the Normandy-Swedes, Gösta Wollin from Ystad. Wollin was as a Swedish civilian in Norway while Hitler invaded. Because of that experience and some previous ones acquired in Germany itself, he joined the US 82nd Airborne Division, and jumped with them, actually without parachute training, over Sainte-Mère-Église. During many years his US Army Jeep, that he had legally purchased in 1945, was painted white and used as an offroad toy. Thanks to the Jeep enthusiast Mikael Stenberg the vehicle has been restored and this summer you can see it up close, together with an 82nd airborne paratrooper, at the Swedish Air Force Museum. 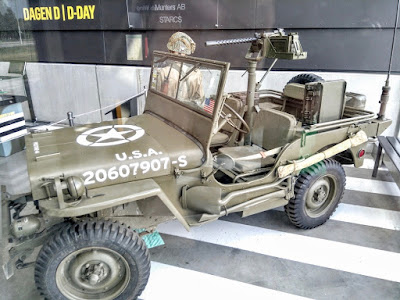 Beside Gösta Wollin´s Jeep stands a paratrooper looking like Wollin did on D-Day.

Erik G:son Lewenhaupt MC and Bar from Stockholm was one of the very first men to be dropped from a British aircraft on D-Day, as he was one of the pathfinders leading the British airborne assault. In spite of being a 38 year old Swedish citizen he had been allowed to join the British airborne and was on D-Day an airborne captain (and 40 years old). His exhibited items tell something about the battles that he survived. You will notice his weapons for close quarters combat; a German flag he captured and his Military Cross (he was awarded it twice, thus the MC and Bar). Also his Pegasus-marked jump helmet is on display, and the wrist watch he wore in Normandy. All thanks to his grandson Carl. Click on the photos to watch them in larger size (this goes for all photos on my blogs). 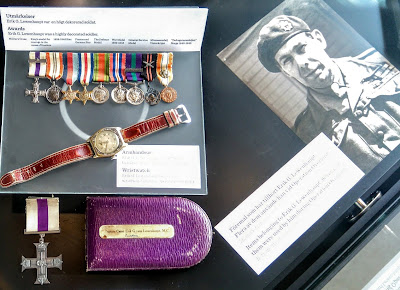 Lewenhaupt´s medals from Finland and Norway 1940, D-Day and other actions.

Hundreds of Swedes took part in D-Day in US, British, Canadian and Polish service. At least one of them was killed in action on D-Day itself, and several were killed some days later. For more about the Swedes in British, Polish, German etc service see Lennart Westberg´s and yours truly´s book Swedes at War (available on Amazon, Adlibris etc). Finally, a cordial THANK YOU to the Swedish Air Force Museum´s Torsten Nilsson and his colleagues, for making this exhibition. It ends on 25 August 2019.
created by Lars Gyllenhaal at 21:41