Sirius, A Watchful Eye In The North 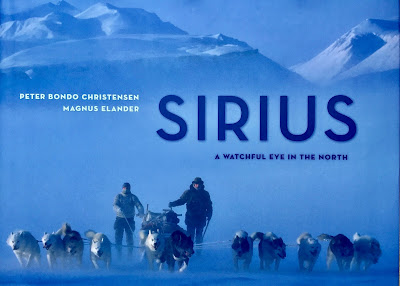 I simply can not imagine a more beautiful book about special forces than this one.

If you have read my book about elite forces in the Nordic states (so far only available in Swedish: Elitförband i Norden) you may have noticed that I have a special interest in the Danish Sirius rangers. Patrolling with dog sleds over huge and uninhabited areas on Greenland is their everyday work.

Sadly, I only recently got hold of Sirius A Watchful Eye In The North by Peter Bondo Christensen, biologist at Aarhus University, with photos taken by Sweden's probably most Arctic photographer ever, Magnus Elander. All the Arctic travel behind their book is in itself worth a lot of respect. The thing is that they have also achieved something brilliant. I simply can not imagine a better, more beautiful book about special forces, dogs and Greenland than this one.

Sirius A Watchful Eye In The North not only provides the reader with an understanding of the unit's history and tasks, I think Peter Bondo Christensen and Magnus Elander have managed to convey some of the feeling of "flow" that the Sirius rangers get when they have learned the "craft" and solve tasks in harmony with both dogs, snow, ice and extreme temperatures.

Magnus Elander's photographs are so beautiful that words fail me - it is such a joy to see them that I can only compare to going to the best art galleries I have visited. No wonder his pictures can be found in magazines such as National Geographic Magazine and he has been named "Wildlife Photographer of the Year".

Serving for a period with the Sirius Patrol means, in a way, being away from the "real" world for two years. You might think that two years is just too much - talk about social distancing! But Sirius A Watchful Eye In The North lets the reader understand that the time on Greenland creates extremely strong friendships, with both humans and animals. The book allows the reader to perceive another world, both more difficult, easier and more beautiful than the "normal world".

The only sad thing about Sirius A Watchful Eye In The North, released in 2018, is that the book is very difficult to get hold of. It is a little easier to find the Danish version, published in 2009 and 2018. Those editions are also completely sold out, but several copies are available in Danish libraries.

The book is 206 pages and the format is slightly larger than A4. Should you manage to find a copy for sale, be prepared to pay a lot. But whatever it costs, you will find that it was worth it - because this is one of the finest books ever created.
created by Lars Gyllenhaal at 14:23