The Last 1945 Battle in Northwest Europe 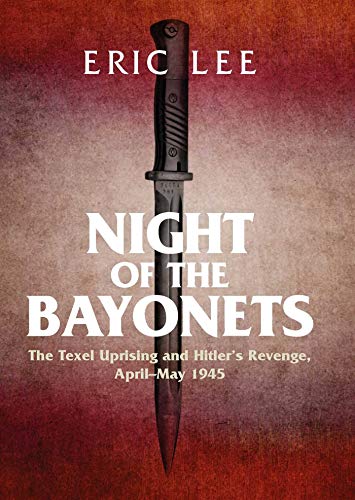 The general public might think mostly of Nordics when hearing “foreign troops in German uniform”, while in fact the typical foreigner from Western Europe was from Spain and if one looks also eastwards the typical foreigner was from one of the Soviet republics. Thus Night of the Bayonets, is mainly about a very underreported group of soldiers.

This new book by historian and journalist Eric Lee should be on your WWII reading list not only for focusing on Eastern European soldiers in German service. It is above all a surprising and well-written account of the last fighting to take place in 20thcentury Northwest Europe. Then there is a deeper reason for learning more about the homeland of the main characters, Georgia. By any measure a man from that part of the world was one of the most influential men of the 20thcentury, Joseph Stalin (born Dzhugashvili). Georgia has played and will play a large role in the fate of both Caucasia and Russia.

It was in Oslo in the 1980s that I first heard about a strange and bloody battle in which Georgian troops in German uniform fought against much better armed German troops. This battle took place on Texel, a Dutch island, and ended only several days after the formal end of WWII in Europe. Ever since I have been keen to learn more about the fighting on Texel, what initiated it and what the underlying motives were. Sure, there have been some books and articles mentioning the battle for Texel. But until I read Night of the Bayonets I had only a rough idea of what happened.

Eric Lee wisely begins his book by showing how the Georgian Legion in German WWII service was a revival – there had been such a legion during the First World War. Of course, that first legion had no National Socialist profile, and it gained a good reputation in Georgia, from which the second legion could benefit. Georgian history in this respect is similar to Finland´s – during WWII the phenomenon of Finnish volunteers in German uniform was to a great extent a consequence of the battalion of Finnish Jaegers in German service between 1915 and 1918.

Just like the Finnish Jaeger Battalion veterans, men who had served in the first Georgian Legion played an important role in the formation of a new national army. The Soviet authorities did their best to erase the memory of that army and most parts of Georgia´s independent period 1918 to 1921. But Eric Lee summarizes those years well and lets the reader glimpse into an amazing alternative to what happened in Lenin´s Russia. German troops arrived in the Georgian capital of Tbilisi just two weeks after Georgia had proclaimed independence in 1918. Knowing that is fundamental to understanding the relationship between Germany and Georgia.

Likewise it is fundamental to Georgian history that there was a nationwide rebellion after the Soviet conquest. It took place in August 1924 and led to both thousands of deaths and a great career boost to a local Soviet secret police officer, Lavrenty Beria – later second only to Stalin and actually described as “our Himmler” by Stalin during the Yalta summit in 1945.

During his invasion of the Soviet Union, Hitler´s forces never made it far beyond the Georgian frontier, although they somehow found the energy and time to climb Mount Elbrus, the highest peak in the Caucasus.

While German WWII troops never were able to hold any sizeable Georgian town they did manage to take a number of Georgian prisoners, who were joined by Georgian deserters and Georgians in German and French exile. At first, while Germany was basically on the offensive, there could be no new Georgian Legion, due to Nazi optimism and racism. But long before the new legion was formed, German military intelligence set up a largely Georgian unit within the Brandenburg Regiment (Wehrmacht special forces). This unit was the Sonderverband Bergmann and by the spring of 1943 it was itself of regimental size. But, rather tellingly, all the officers in it were German. The Germans, especially Hitler, just didn´t really trust former Red Army soldiers. This somewhat changed, initially, with the advent of the Georgian Legion.

The low trust was quite rational, as very many Georgians (and other nationalities) had “volunteered” to serve in German uniform mainly to avoid starvation. Especially during the first year of the great invasion the conditions for Soviet prisoners of war were incredibly grim. The Germans realized that it would be much harder for their Georgian troops to desert on another front than the Eastern one. So, Georgians were sent to Northwest Europe, even to the Channel Islands (Guernsey etc). Still, even in France some managed to desert also in groups, and Eric Lee´s account of what happened in Hirson is remarkable – a Georgian group there managed to join the French resistance. There is also an amazing passage about a similar mutiny by Ukrainian troops in France.

Until April 1945 one of the most peaceful places to end up in as a Georgian was the Dutch island of Texel. Although it did have a large amount of bunkers, some 500, it was also a haven for children from the Dutch mainland. Why the Georgians rebelled there in April 1945 and not just waited calmly for the war to end has puzzled me ever since that day I learnt about the very bloody Texel mutiny. Well, to avoid spoilers I will here just say that Mr. Lee provides credible motives for this seemingly irrational course of action.

The Germans, of course, counter-attacked, not least with an impressive amount of artillery rounds. Texel, the peaceful oasis, was shot to pieces while the war in Europe was largely winding down. The reader learns about these events both through accounts of Georgians, Germans, Dutchmen and Canadians. Mr. Lee has found some fantastic quotes.

Night of the Bayonets also deals with the many misunderstandings and remains of Soviet era propaganda that still surround “the Russian War”, as the uprising on Texel is to this day called among the Dutch. More than 3,000 people died in the battle, mostly Germans. No Russians, but the name has stuck.

The photographs are not that many (20) but they are very interesting and some of the WWII photos of the Germans on Texel are even in colour.

So, Night of the Bayonets is a great book, a real must if you are into the last WWII fighting in Europe or Soviet/Georgian history.

created by Lars Gyllenhaal at 22:10