I did not think it would be possible to find one more parachute container. But then, on this year´s final Narvik trip, I stumbled upon one. What amazed me most was the location, not far from the very centre of Björnfjell. And this was not the only Fallschirmjäger find the other week. 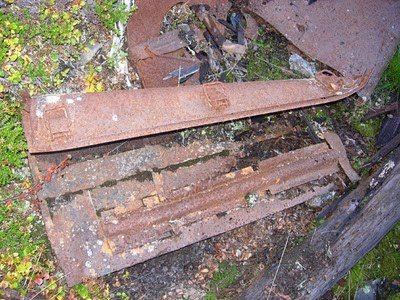 Here it is, the parachute container I found the other week. Some smaller parts of it are scattered about.

It started with recognizing a hut as the one used by the Propaganda Company during the battle of Narvik, according to the German period publication Narvik im Bild. The container is a stone´s throw from that house. So, there are today not one but two complete (well, almost) parachute containers still in situ on the Norwegian side of the border, plus one top-only and I believe one on the Swedish side - it is so flattened I am not totally sure about it. The latter is part of the Ju 52/3m wreckage I wrote about last week. Of course, we had to return to that site. It did not disappoint us - i.a. I found the below part of a set of binoculars. 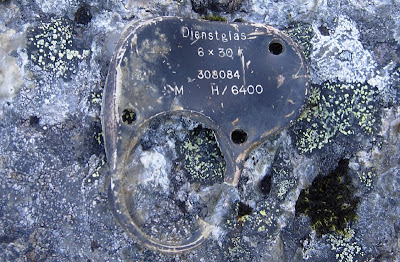 It says Dienstglas, meaning service binoculars. These were generally issued to squad leaders.

On board the crashed aircraft there were eleven paratroopers. The crew consisted of four. Seven men, five paratroopers and two crew members, survived by parachuting.

Please note that I did not dig up the binoculars. I found them simply by looking closely at the ground around the aircraft wreckage. This is the most fascinating kind of find in my opinion, finds that are still in situ out in the open or in a crevice. If you should visit the site I hope they still will be there for you to see as well. 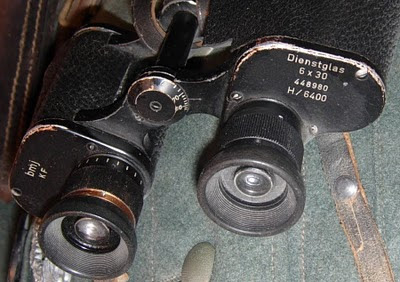 For comparison, the same kind on display in the Narvik War Museum.

Moving on from the border towards Narvik itself we stopped by some positions that have long confounded me. But I now know from having asked the director of the Narvik War Museum that these positions are not from WWII but from the war that never was in 1905, between Norway and Sweden. Let me explain why that "war" has a special significance for me. My father´s father was born in Oslo in 1906. His mother was Norwegian and his father was Swedish. BTW, my grandpa´s mother´s father was a Norwegian general, Major General Hans Jacob Raeder, commanding i.a. the fortress of Fredriksten. 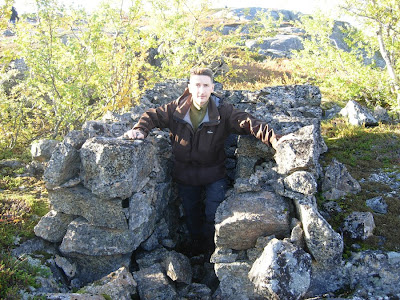 These positions are of a different kind than the WWII ones (almost all WWII positions in the area are made by Germans). 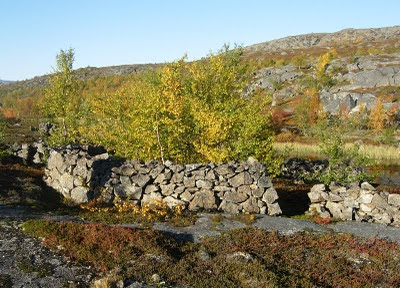 A larger position from 1905, presumably for a cannon of some sort.

Revisiting the Troms Defence Museum in Setermoen I took some photos I did not have time to take the previous time: 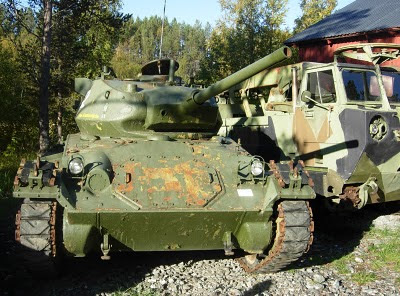 A WWII US-made M 24 Chaffee light tank. A very nice light tank that served in the Norwegian Home Guard until the 1980s. Or was it even 1990s?? 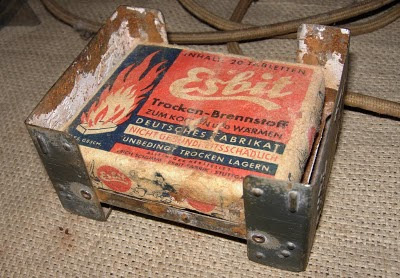 This is what the heating thing inside an Esbit food heater looks like. Must be very few around. 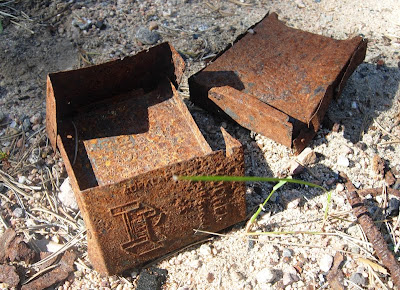 For comparison, a rusty Esbit heater still in situ in Finnish Lapland. 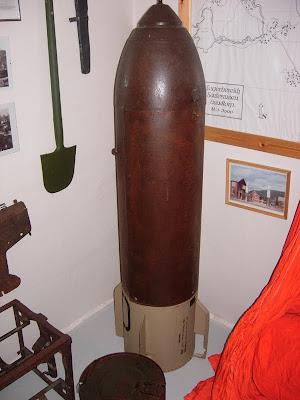 The parachute container presented to us by a kind family in the Björnfjell area back in 2004. The museum staff has since attached to it a part that was missing, in original light yellow paint. 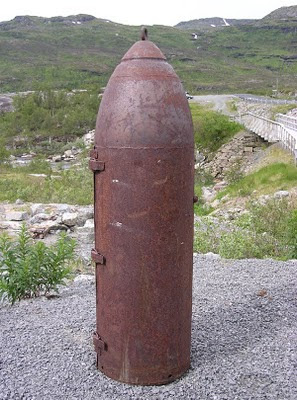 Here is what the above container looked like when we noticed it in the yard of a Björnfjell family. Incidentally, a new book just arrived, that includes an almost identical photo, taken by my British friend Simon Orchard. I will soon review the book in question: German Paratroops in Scandinavia by Óscar Gonazález. 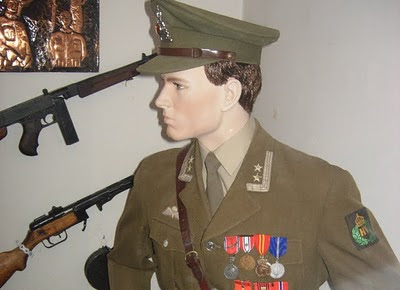 Speaking of parachutes, here is the most amazing para-related display in the museum IMHO. The complete uniform with all medals of local war veteran Alfred Henningsen. Mr. Henningsen during WWII served both in the Norwegian Army, the Soviet NKVD (thus the PPSh SMG on the wall) and finally was a commando for MI6/SIS, the British Secret Intelligence Service. He was probably the only highranking officer in postwar Norway to have served both in the NKVD and SIS. I will write more about him in a coming book 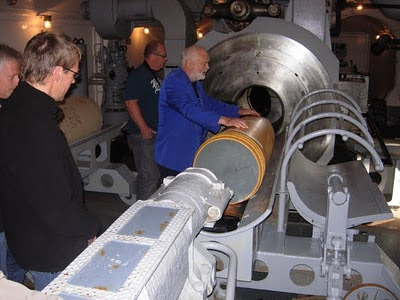 The final Narvik tour of the year of course ended with the "Adolf Cannon" in Harstad. Here we are about to theoretically fire the 406 mm gun.

Finally, some may wonder why most of my Narvik photos show traces of the Wehrmacht. What about the Norwegian, Polish, British, French etc soldiers that fought in and around Narvik in 1940? Well, from several years of hiking in the area I can just say that there are very few traces left on the ground from these men. One explanation is that not all German finds are from 1940, as the Germans stayed on until 1945. But still, I had expected more traces from the Allies.

For more on the actual Battle of Narvik, look for my Battle Studies article, "Dietl at Narvik, 1940", slated for the upcoming March 2011 issue of Armchair General magazine on sale and to subscribers in mid-January.
created by Lars Gyllenhaal at 11:59