I have been wondering about this Norwegian propaganda poster ever since I "discovered" it in the Defence Museum in Oslo in the mid-1980s. By the way, is it still hanging there today? 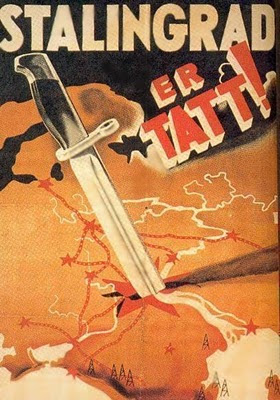 I understand that the poster was produced by the Norwegian Quisling government and never displayed during the war and most copies were destroyed. What I do not know is:

1. Was there a German, French etc version of this poster of which none have survived, or was it unique for Norway already at the time?

UPDATE:
The source for the below info on this poster (see first comment) is the Norwegian book Den Norske Nasjonalsosialismen (1990) by Hens Fredrik Dahl, Bernt Hagtvedt and Guri Hjeltnes (1990). Thanks T-H!
created by Lars Gyllenhaal at 13:01